Republicans in Congress are gearing up to cut taxpayer funding for the arts, but Lieutenant Governor Dan Patrick, arguably the state’s most visible and powerful Republican legislator, is promising to protect state funding for the arts, especially for motion pictures. Patrick told a gathering of the Texas Cultural Trust this week that he will do his best on behalf of the Texas film incentive program. “I am disappointed that we are not the film capital of the United States,” Patrick said at the Contemporary Art Museum in Austin. “We’re going to fund it.”

What exactly “we’re going to fund it” means, however, is open to interpretation. There are several bills in the state Senate and House by tea party legislators that would completely defund the program, referring to it as an inappropriate expenditure of tax dollars to support private business. Obviously, Patrick is not demonstrating one iota of support for that legislation, but even if funding remains, the larger question is whether funding will be restored to the substantial levels the program enjoyed several years ago.

The current version of the Texas Moving Image Industry Incentive Program, which was set up in 2005, covers everything from motion pictures to television programs to commercials and video games. At its height, the 2014-15 budget years, state legislators funded it for $95 million. But that was cut back to $32 million for the current budget cycle. The program is not so much an actual incentive as it is a rebate on production costs and expenditures in a formula that requires that sixty percent of the production days occur in Texas and seventy percent of the cast and crew be Texans. The rebate is not paid out until the production is complete and reviewed. Several years ago, a $2.5 million rebate was rejected for the movie Machete was rejected by the Texas Film Commission on the grounds it was not an appropriate depiction of Texas or Texans.

Film producers worry less about the Texas censors than they do the state budget. Once the fund, minimal as it is here, is depleted, there is no more money to hand out. Meanwhile, other states are richly endowing their own programs to attract the kind of robust economic boon that comes with film production. Take New Mexico. It funded its program to $50 million and attracted $288 million in production to the state in 2015. The state is now debating whether to increase the cap by almost $4 million a year. Georgia offers a thirty-percent tax credit that has cost the state an estimated $250 million since 2008, but is estimated to have brought in $4 billion in wages.

“I want to raise it to the level as dollars and time will allow,” Patrick told me. He noted that the Oscar nominated movie Hell or High Water is set in West Texas but was filmed in New Mexico. He said another move about Texas is filming in Georgia because that state’s particular incentives. (The movie Galveston if filming in Savannah.)  “I love the arts,” he told me. (Patrick was the executive producer of a 2008 documentary called The Heart of Texas, which won several film festival awards.)

The problem for Texas lawmakers is the they face a $5.7 billion shortfall in revenues just to fund state programs at the current level, not counting inflation or population growth. The starting-point budgets in the Senate and House cuts the combined film and music marketing budgets from $60.7 million in the current biennium to about $10 million in the upcoming two years. Both are functions of Governor Greg Abbott’s office. Abbott spokesman John Wittman did not respond to a request for comment and suggested we file a public information request to find out what productions have received funding from the program in the past two years.

Patrick told me he could not estimate where the incentive program funding will end up in this tough budgetary cycle. State representative Donna Howard said she hopes the film funding will be restored to the level prior to the 2015 cuts, but she couldn’t be optimistic. “To get back to where they were would be something like $70 million,” she said. However, the program itself is important for creating jobs for people spanning all educational and professional levels in Texas. “In terms of some of my colleagues feeling like this is an industry they didn’t want to fund, it’s an industry that is important to my community,” said Howard, who represents Austin, a film-friendly town.

State senator Bob Hall, a Rockwall Republican, is among those who believe the program should be eliminated. “It’s not a function of government to pick winners and losers in the private sector,” he told me. “Why is the state government in the business of funding commercials for Walmart and funding slasher movies? That’s another part of it. That money could be better used in (Child Protective Services) or education,” he said. “It’s government meddling in the private enterprise sector.”

Robert Rodriguez Is Not Suing The State Of Texas, But One Of His Financiers Is

Why Filmmakers Are Choosing to Shoot in Louisiana Instead of Texas 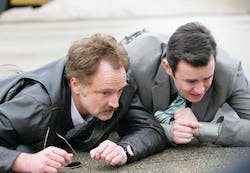 This Is Series Business 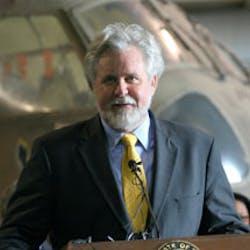 This Film Is Not Yet Rated