At the height of her conservative heroism, The Los Angeles Times described her as delivering a “guerrilla warfare” speech to the Young America’s Foundation in Santa Barbara, describing how to “take down liberal organizations and expose what she called media corruption.” Quoting Republican strategist, Giles told the audience: “Above all, attack, attack, attack. Never defend.”  Giles told me that since that speech she has become disillusioned with the organized conservative movement.

HG: I’ve changed a lot. I became very disillusioned with the conservative movement after all my ACORN stuff. Philosophically and politically, I’ve evolved a lot.

RGR: Why did you become disillusioned?

JB: It was the enemy of my enemy is my friend problem. All the good right-wingers were: “She took down ACORN and they’re leftist, so we like her.” They probably invited us into the back rooms way too quick. What we saw there made us so cynical of the American right that we have no country in that sense.

HG: Every organization and their dog were raising money off my ACORN investigation. Part of the reason the media said this came from the right-wing conspiracy is because they were so excited … when I personally paid for it. Those same people who were raising money off of it were telling me not to do it before I did the investigation: “You’ll never get a job in DC again. I’ll permanently disown your. I’ll never be your friend. You’ll never have a political career.” I said, “I don’t want a political career. I want to be a journalist.”

RGR: In 2012, the American Phoenix Foundation did a hidden-camera video of Fieldworks in Colorado, a voter registration effort designed to help Obama. There was one video of a field worker calling Florida Congressman Allen West a “teabagger” and saying money was being shifted from Colorado to Florida. There was a promise of more video, but nothing happened. Why?

HG: Fox had a lot of the footage and decided not to go with it.

JB: Karl Rove was telling Fox that Romney was going to win that year, and they didn’t want to be sore winners.

RGR: Some other investigations Giles and Basel have done have not borne fruit, Giles said, because “media outlets were too scared to take it from us.” Others have “hit brick walls,” and in some cases others reported first. “Another journalist got onto it, a journalist with a little less baggage.”

The Texas Capitol investigation likely will start rolling out next month and may trickle out over the next year, Basel said. He said they want to do due diligence before releasing any material to media organizations.

JB: There are a lot of scared lobbyists who are threatening lawsuits. So we’ve got to do due diligence. 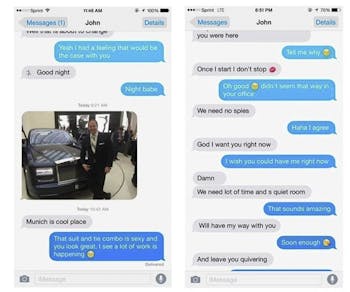 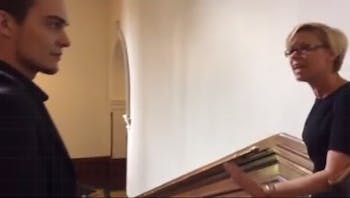 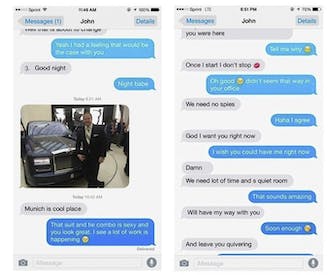 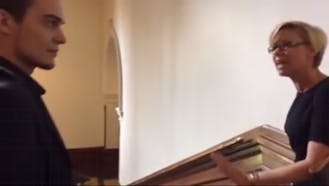