The Texas Department of Public Safety for attacking the media rather than releasing information on the costs and effects of border security. The Texas Observer was unable to obtain records about the company behind the state’s border security plan. The Wall Street Journal couldn’t get answers on how many state officers had been deployed to the border. The Dallas Morning News was unable to learn key facts about a now defunct policy requiring that Texans give all 10 fingerprints, rather than just one, when applying for or renewing their driver’s licenses. Documents recently made public by the Austin American-Statesman show how the agency also sent memos to lawmakers attacking reporters’ stories before they ran. After the state Attorney General’s office intervened, the Houston Chronicle got data from the agency about crimes in border-area counties before and after National Guard troops were deployed. The newspaper concluded: “Much of the narrative that Texas officials have used to justify their surge of state police and National Guard troops to the southern border has been wrong.”

Other nominees include the Colorado Judicial Brach, the Massachusetts State Police, and the U.S. Department of Defense.

Incidentally, I learned yesterday that DPS Director Steve McCraw was so intensively watching the Texas border for undocumented immigrants, drug smugglers and terrorists that he was surprised to learn that American Phoenix Foundation operatives were intensively confronting members of the Legislature in the Capitol. Only after confronted by the legislative leadership did McCraw assign plainclothes officers to follow the foundation operatives wherever they went in the Capitol, including when they were eating lunch in the Capitol cafeteria.

DPS Pushes Back Against the News Media 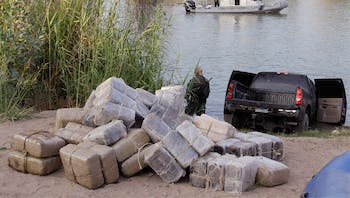 DPS Pushes Back Against the News Media 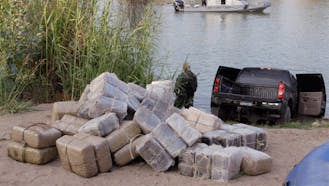 Is DPS Inflating Its Border Success?