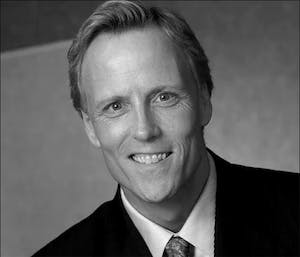 After losing the nomination to Donald Trump, U.S. Senator Ted Cruz delivered a speech at the 2016 Republican National Convention that was markedly unenthusiastic about the party’s presidential candidate. Cruz congratulated Trump on winning the nomination, but in over twenty-five minutes of speaking about conservative values he failed to endorse Trump for president. It was a gamble for the 2020 election. By the time Cruz reached the end of his speech, however, delegates booed and shouted, “Say his name!”

Cruz eventually endorsed Trump via a Facebook post two months later, but only after Lieutenant Governor Dan Patrick hinted that he would find a primary opponent for Cruz if he didn’t. After the less-than-prime-time endorsement, Patrick, who was Trump’s Texas chairman, backed off.

Now it looks as if the speech might draw Cruz a potentially substantial opponent after all. Bruce K. Jacobson Jr., vice president of media for LIFE Outreach International and an aide to televangelist James Robison and his Life Today television network, told me that the convention speech has motivated him to seriously consider challenging Cruz in next year’s primary. Cruz had signed a pledge to support the party’s nominee, Jacobson said, but then didn’t follow through at the convention. “I’m concerned about anybody who doesn’t keep their word. I’ve very concerned about that. In Texas, when we give our word, it’s our word,” Jacobson said.

You saw the Republican convention. That was huge to me, because the future of our country was hanging in the balance. Hillary Clinton was licking her chops in the wings. If you don’t have something nice to say about your Republican nominee, you politely decline, and when you politely decline, you make your statement. But when you stand up there in prime time, with the world watching, our country hanging in the balance, and you don’t honor your word, I have a problem with that no matter who it is. I was greatly disturbed by that. It bothered me as much as it bothered the people who were there that night and booed him off the stage and the Texas delegation when he walked in the next morning and received a lot of boos. I wasn’t booing, but I was heart broken.

Although Jacobson declined to comment on his friendship with former Republican presidential candidates Mike Huckabee and Rick Santorum, Republican blogger Erick Erickson claims they recruited Jacobson as payback to Cruz for defeating them in the Iowa presidential caucuses. “Cruz already has one establishment hack coming after him from the left within the GOP primary,” Erickson wrote in the post. “The guy is a lawyer who claims Cruz isn’t playing well with Mitch McConnell. Now we’re going to get this guy pretending to come at Cruz from the right. The media will love both so they can attack Cruz from all sides. But if I were Cruz, I’d be looking around thinking I’ve got attacks from left and from pretend right, so I must be doing something actually right.”

Though Erickson did not mention this, it probably is worth noting that Huckabee’s daughter, Sarah Huckabee Sanders, is Trump’s current spokesperson. Could this be that dish best served cold?

Cruz already has drawn two other potential GOP challengers: Houston attorney Stefano de Stefano and former short-term Corpus Christi Mayor Dan McQueen. Stefano so far has raised about $60,000 for the race. McQueen, who only served as mayor for 37 days, is trying to get on the ballot by gathering 5,000 signatures instead of paying the $5,000 filing fee.

Jacobson said he is not worried about a contested Republican primary giving an edge to likely Democratic nominee Beto O’Rourke of El Paso.

“The Texas Republican Party is strong enough to handle a contested primary,” Jacobson said. “I believe it would create energy and excitement to some level, because there are a lot of Republicans I have visited with across the state who are frustrated and many who are ready to sit on their hands because they are fed up.”

Cruz’s campaign did not respond to a request for comment.