The American Phoenix Foundation hidden-camera investigation of the Texas Legislature seems to have sexual misdeeds by lawmakers and legislators as a major element of the video Hannah Giles and her husband Joseph Basel say they plan to release starting next month. We won’t know what they actually have until it is released, whether it is a real scandal or if we’re all just being punked. But Giles’s father – conservative commentator Doug Giles – wrote on Townhall.com over the weekend that Summer’s Gonna Suck For The Texas Legislature.

Giles and Basel claim to have amassed over 800 hours of damning undercover videos, of both Republican and Democratic Texas lawmakers and lobbyists, doing stuff that wouldn’t make their grandmas very happy.

The undercover op, according to Giles and Basel, is to expose rank hypocrisy, systemic corruption with the added cherry on the top of showcasing inappropriate relationships between Texas lawmakers and lobbyists. Boom.

In other words, it’s House Of Cards stuff, in real time, and on steroids — and the legislatures and lobbyists are already starting to sweat what is forthcoming.

In our interview, I asked Giles and Basel to discuss an investigating that many at the Capitol view as an invasion of privacy.

RGR: Recently I did a story on a Nashville television station that did a hidden-camera investigation of the Tennessee legislature. They made a point of only using footage that went directly to public policy. But in a Houston Chronicle interview you talked about a motivation to look into – I hate to use a cliché – but the sexcapades of legislators and lobbyists, and your dad wrote about the coming sex scandal in Texas. If it does not directly affect public policy, why go down this path?

HG: “It does, because a lot of what we have is relationships between lawmakers and lobbyists.

JB: Or lawmakers and staff. That pillow talk is not about soap operas. It’s about what they are working on. It’s important that people, especially the voters, appreciate, as well as the media, which understands it to a point, it’s important that they appreciate the culture and how toxic its become and how dangerous it’s become for young women, how disgusting it’s become.

HG: This isn’t about moral failures. This is about hypocrisy. That’s what we hope to show with the footage we have. It’s not going to just be this guy was having sex in the bathroom with this staffer … We all get it. That’s just a base human nature.

JB: Most of these legislators couldn’t get a date to the prom, and now they have all these beautiful women buying them dinner, wining and dining them, cozying up and being willing to do whatever it takes to get a bill passed. That’s regardless of sex, or legislator sex. It’s a culture of get it done, we’re all friends…Humans are not meant to have this much power and it corrupts them.

RGR: Let me ask the question this way: Thomas Jefferson had children by a slave. President William Henry Harrison had six children by a slave an his great grandson was Walter White, the longtime head of the NAACP. Grover Cleveland won election as president, even though everyone knew he had an illegitimate child. Warren G. Harding is the first president known to have sex with a mistress in the oval office. I won’t go through FDR to Clinton. Ronald Reagan, as an actor, began an affair with his first wife when she was married to another man. Would these marital infidelities have made them unfit for office?

HG: Our point is, men are not angels. So long as they understand who they are working with, this is a normal human being who just so happens to be making laws as to how I live my life. So if you can pull away the veil that they’re not a special class of humans just because they are making laws.

In a follow-up to our sit-down interview, I posed two more questions in an email and received a response from Basel.

RGR: Putting a spotlight on misbehaving legislators and lobbyists is one thing, but aren’t you worried about the spouses and children who will become the collateral damage when an investigation becomes this personal?

JB: The kids in these situations aren’t stupid. They know what’s going on, and they likely feel powerless to do anything about it. This is about whether there’s any authenticity to these publicly elected officials in our state. We have sympathy but we’re not going to hide what’s really going on.

RGR: How does a few legislators having relations with lobbyists and staffers compare to the institutional corruption of big money in politics.

JB: How can you have an affair with a lobbyist and that not be tied to big money in politics? Is the lobbyist adultery circuit just about lust? This is big money in politics, this is how some business is done in Austin. Some of these staffers then become lobbyists, trading on these illicit relationships. Was that the plan from the start? What kind of representation do the people have, when this is a chronic problem in Austin, when this is how the special interests operate? These people are tied to million and billion dollar deals, it’s impossible to separate the lust from the lush. 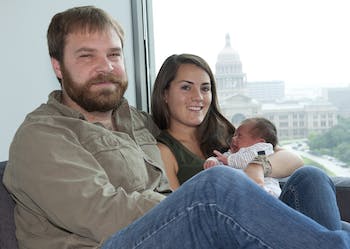 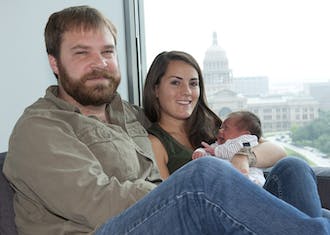 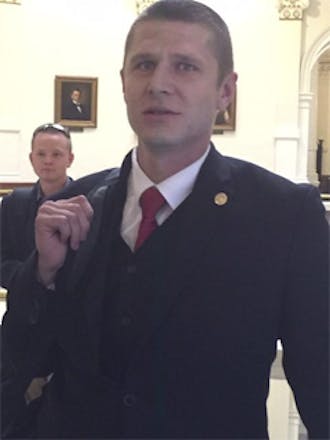