Kino Flores was on Texas Monthly’s list of the Ten Worst legislators that was released today. Since he chose to issue a response, I felt that he was entitled to have his concerns appear in this space. We have had our say about why he is on the Ten Worst list, and he’s entitled to his say. It would not be appropriate for me to elaborate further on what appears in the story. I will make other remarks following his. Texas Monthly, which on Friday, June 5, released its list of the best and worst state lawmakers, has again portrayed Hispanic and border lawmakers in a negative fashion, said Rep. Ismael “Kino” Flores, D-Palmview. “As has happened in previous years, South Texas fared poorly,” the Rio Grande Guardian, an award-winning internet political newspaper which focuses on the Texas border, noted in its coverage of the Texas Monthly story, which was posted on the magazine’s online edition. “Not one border or Hispanic legislator made the Ten Best,” The Rio Grande Guardian observed. In the final days of the legislative session, which ended on June 1, Flores successfully championed two major issues of statewide impact: he received approval for a bill that will provide up to 100 percent property tax break for tens of thousands of U.S. military veterans who are disabled as a result of their service to the country, and he passed a bill that will require the state government to work with the U.S. Veterans Affairs Administration to build a VA Hospital in the Valley and in other portions of the state. Also, Flores played a crucial role, along with other border and Hispanic lawmakers, in passing legislation in late May that will place the Tejano Monument – a planned bronze monument that will honor the past and future contributions of Texans of Mexican American descent – on the historic south lawn of the Texas Capitol. The Valley legislative delegation also excelled in securing passage of a bill – its number one priority – that will lead to the creation of a $100+ million University of Texas Health Science Center in deep South Texas that will include a major medical school. The list of accomplishments for border, Valley, and South Texas legislators just this session alone “could fill the pages of Texas Monthly,” said Flores, the only Valley representative on the powerful House Appropriations Committee, which helped write the state’s $182.3 billion budget. He said the article is just the opinions of a few writers, with little understanding of the complicated legislative rules that govern the passage of laws, and even less time to review the actions of 181 state lawmakers. “Readers should take the magazine’s story with a grain of salt, particularly when considering Texas Monthly’s documented history of ignoring South Texas,” he added. “There is only one minority lawmaker on their Top 10 list, even though minorities represent more than 50 percent of our state’s population.” One of the things that has long concerned me about the Best and Worst Legislators story is that what a lawmaker achieves is predetermined to some extent by his committee appointments and his party affiliation. I don’t want this story to be “The Ten Best Committee Chairmen.” For the last four sessions, the House has had a Republican speaker. Democrats were not going fare well unless they were loyal to the speaker. Tom Craddick rewarded Democrats who were loyal to him (Flores, Aaron Pena, Ryan Guillen) with chairmanships and, in Guillen’s case, a coveted vice-chairmanship, but Republicans got the prize chairmanships that dealt with major policy issues. The Best and Worst Legislators story tends to focus on the members who have the biggest impact on the biggest issues. Since 2003, these members have by and large been Republicans from areas other than South Texas. Veronica Gonzales could handle a more important committee than Border & International Affairs, but she isn’t likely to get the chance unless Democrats have the majority in the House. I agree with Representative Flores and the Guardian that South Texas didn’t fare well. I was well aware of it. But don’t blame Texas Monthly. We didn’t make the committee assignments, or elect a Republican majority. Another reason why South Texas doesn’t have members on the Ten Best list is that the legislative delegation tends to focus on bringing state money to the border. I understand how important this is to the border area, because the Legislature has historically neglected South Texas. It’s good news that South Texas has a medical school in its future. But “bringing home the bacon” to one region of the state, however deserving, has seldom been enough to win a spot on the Ten Best list, which is supposed to reflect activities that benefit the entire state. Those readers who have read our story know that it was a factor in our decision to place Speaker Pro Tem Craig Eiland, of Galveston, on the Ten Best list. He was able to secure rebuilding funds for the coast after Hurricane Ike, although the main reason he was on the list was due to the calm, measured way he presided over the House to keep the peace during the last days of the session. Thanks to readers for considering my remarks. 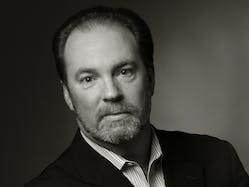 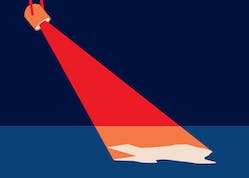