Only a few hours after I noted that Straus had gone through a vote verification without a single member claiming that his voting machine had malfunctioned and recorded his vote incorrectly, the House had another verification. (See, “A remarkable event,” below, noting that Straus may have solved a problem that former speaker Tom Craddick could not.) “It appears that Speaker Straus has finally taken the step that Speaker Craddick failed to take, which was to hire someone to take care of those tricky machines,” I wrote. “However, we have all noticed that malfunctions typically increase in May. The problem may not be solved yet.” Indeed, I regret to report that those infernal machines are at it again. At the end of yesterday’s calendar, the House debated Donna Howard’s proposed constitutional amendment to create the Permanent School Fund Management Council to replace the State Board of Education as the manager of the giant fund. The vote in favor of the proposal was 99 to 45–sufficient to pass the proposal to third reading, but one vote short of the two-thirds necessary for final House passage. Dunnam immediately went to the microphone to ask for a verification. This provided Democrats with enough time to consider their strategic options. They could, if they chose, try to persuade a member on the prevailing side to move to reconsider the vote. Here’s the rub: Which was the prevailing side: the 99 aye votes, or the 45 votes that had caused the measure to fall short of the magic 100? Rather than dance on the head of that pin, the D’s decided to locate members who had been recorded as being absent and determine whether their voting machines might have malfunctioned. During the Craddick years, it was always Republicans’ machines that failed to function properly, but apparently things have changed, and it is the Democrats whose machines are faulty. Upon their return, the absentees had a sad story to tell. Their voting machines, so recently restored to proper functioning, had crashed. At least six Democrats reported that their machines had malfunctioned and had failed to record them voting aye. Can’t anyone fix those infernal machines? 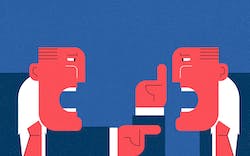 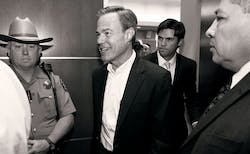 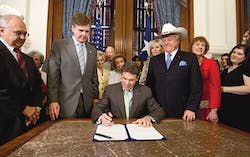