To: Bill White, John Sharp CC: David Dewhurst, Florence Shapiro, Elizabeth Ames Jones, Roger Williams, Michael Williams, Kay Granger, Greg Abbott, members of the Texas congressional delegation Re: Texas Senate race You folks might want to reconsider your decision to run for the vacancy that will be created when Kay Bailey Hutchison resigns from the Senate to run for governor. Here’s why: She may never resign. There may never be a vacancy. The reason she may not resign is that Al Franken has pulled ahead of Norm Coleman in the Minnesota recount. A Franken victory gives the Democrats 59 seats, one short of the number necessary to break a filibuster. If that scenario comes to pass, Hutchison will come under pressure from her colleagues and from Republicans everywhere to stay in the Senate so that the GOP can have some leverage against Obama’s initiatives. Her seat would be the only thing between Obama and a filibuster-proof majority. The Republican field that is taking shape does not have a standout candidate. In a special election, the Republicans could lose the seat. Furthermore, Hutchison knows that if she does resign to run for governor, Rick Perry will accuse her of putting herself ahead of her party and will make her selfishness an issue in the governor’s race. To keep her seat out of Democratic hands, Hutchison will have to stay in the Senate through the 2010 mid-term elections—which is also when the Texas governor’s race is on the ballot. If the Republicans do not gain seats in 2010, she may have to serve out her full term, which expires in 2012. If Hutchison stays in the Senate, the governor’s race begins to look a lot more attractive. Nobody (except Perry) would look forward to a race against Hutchison. But Perry is vulnerable to a challenge from a Democrat. It is going to be hard for a GOP challenger, even Hutchison, to attack Perry’s conservative record. But it is easy for a Democrat; Perry has tacked so hard to the right that Democrats and independents could unite against him. White and Sharp may have miscalculated by jumping into a Senate race that may never come to pass. 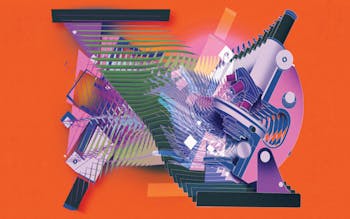