I have asked Democratic insiders how their slate of candidates will fare in races for the House of Representatives. Their answer is that the D’s will pick up one to three seats, with a possibility of winning enough seats to capture control of the House. I have asked Republican insiders how their slate of candidates will fare in races for the House of Representatives, and the answer is that the R’s will pick up at least two seats, with a possibility of extending the Republican majority into the low eighties. Somebody is going to be very wrong on November 5. The Democrats are in a more precarious position than the Republicans. No Republican incumbent occupies a seat that is in traditional Democratic territory. But a number of Democrats occupy seats that until recently have been held by Republicans: Dan Barrett, Juan Garcia, Allen Vaught, Kirk England (the Republican was himself, before he switched parties), Joe Heflin, Donna Howard, Valinda Bolton, Hubert Vo, Paula Hightower Pierson. The price of success is difficult reelection battles. The most vulnerable Democratic incumbents are Barrett, Garcia, and Vo — the first two because the numbers are against them, and the latter because of highly publicized accusations that he is a slumlord. After that, the D’s are concerned about WD-40’s Mark Homer and Chuck Hopson, who are running in East Texas with Barack Obama at the top of the ticket, and the Robbie Cook open seat in Central Texas, where Republican Tim Kleinschmidt began the race with an advantage in name ID over Democrat Donnie Dippel because he ran a vigorous, but losing, race against Cook in 2006. The R’s would love to take down the uberliberal Bolton in the most conservative district in Travis County, but it’s a long shot. There has been a lot of talk that tort reformer Connie Scott could defeat Abel Herrero in Nueces County, but everything I have heard about that race indicates that Herrero will hold on. The most vulnerable Republicans are harder to identify. A few are obvious: Both Tony Goolsby and Bill Zedler won close Metroplex races in 2006 and they live in districts that are trending Democrat. I’d put Mike Anderson, who defeated Thomas Latham in the Republican primary, in that same group. Republicans must defend the Mike Krusee open seat in Williamson County, the Robert Talton open seat in Harris County, and the El Paso seat occupied by Pat Haggerty, who lost in the Republican primary to Dee Margo. This seat ought to be the easiest one for the D’s to pick up, but challenger Joe Moody has run a dreadful race. I said earlier that the most vulnerable Republicans are harder to identify than their Democratic counterparts. This is because the numbers may look great for them today, but on election day, they could be overwhelmed by a huge Democratic turnout. The electoral climate is terrible for Republicans. They are unenthusiastic about their presidential nominee. It is going to be a banner Democratic year nationally. Texas is not exempt from national trends. Republicans in metro areas are in jeopardy if they have a Democratic opponent. The woods are full of angry ex-Republicans turned independents. If the Democrats can turn their vote out, anything could happen. The Republicans have some lousy candidates out there, like Ralph Sheffield in Diane Delisi’s seat in Bell County. Sid Miller is no prize. Neither is John Davis in Harris County. Linda Harper-Brown. The Fred Hill open seat in Richardson could produce a surprise. Republicans ought to win all of these seats, but the party is not the juggernaut it used to be. I have talked to R’s who are concerned that the turnout models used for polling are out of date and don’t reflect demographic changes; if that’s true, then the polling is worthless. This is a very dangerous election for both parties. Democrats have raised the expectations of their followers so high that it is going to be hard to meet them. If they lose ground in the Legislature, they are going to have a difficult time recruiting candidates and raising money in 2010. For Republicans, the situation is even more precarious. They lost five House seats in 2006, their governor is seeking to establish a fourteen-year monarchy, their lieutenant governor wants out, their speaker is embattled, and their party is split over issues like immigration and education. And they don’t seem to have a clue that Texas is changing. This is going to be one heck of an election. 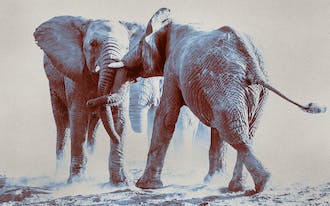 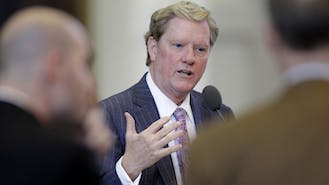 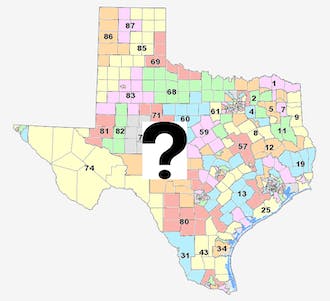