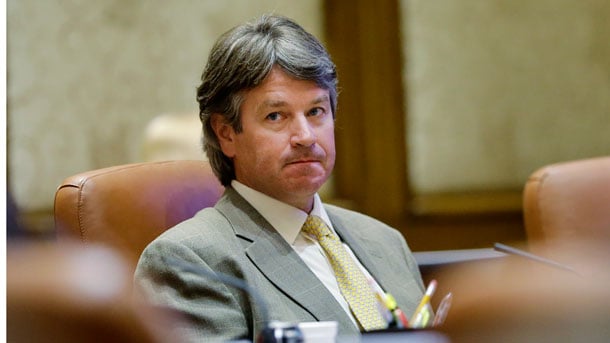 Earlier this week, Rick Perry dismissed the ongoing impeachment hearings against UT Board of Regent Wallace Hall as “extraordinary political theater.” But let us not forget how all this really started: Perry attempted to take control of the Board of Regents through his appointees. I believe the ascendancy of Paul Foster to the chairmanship of the UT Board of Regents should bring to a close a disgraceful chapter in the history of the university. Upon becoming chairman, Foster immediately moved to change the policy that allowed Hall to sift through untold volumes of documents in search of information that might be damaging to UT President Bill Powers. In short, Perry’s attack on UT is over, and he has lost. But so has the university. Perry’s war has cost the university money and prestige.

I think all of that leads to this question: Has Rick Perry meddled in the affairs of the University of Texas so deeply that he has committed impeachable offenses?Here is the case that he has:

1. After UT president Bill Powers had arranged for a 2.1% tuition increase in 2012, working with all elements of the university community, Perry intervened to get UT regents to vote against the tuition recommendation that had been unanimously agreed upon by the students on UT’s Tuition Policy Advisory Committee. Instead, the regents voted to freeze undergraduate tuition. This meddling was an action that went far beyond the ordinary powers of the governor, and it impeded the ability of UT-Austin to meet its budget for the upcoming school year and deliver education services to UT students. UT-Austin was the only UT System school to which the tuition freeze was applied.

2. Perry also intervened heavily in UT-Austin academic affairs by seeking to force Powers and UT-Austin to adopt the “seven breakthrough solutions,” a reform agenda developed and advocated by former UT-Austin faculty member Jeff Sandefer and instituted briefly at Texas A&M Universitty. Powers declined to do so, setting up the power struggle between Powers and Perry that has raged ever since. Again, such an intervention far exceeds the ordinary powers and perogatives of the governor and arguably constitute an impeachable offense.