I’m not a liberal. If anything, I’m part of a growing group I’d call “embarrassed conservatives”—a large, growing faction that admired and voted for Ronald Reagan, but is now wondering what in the world happened to sane, reasonable conservatism in the wake of Donald Trump. That group seems to be growing in the Texas Panhandle and through West Texas—those reddest of red counties where Democrats are like Big Foot, rumored but seldom seen.

There is a limit as to how far right a right-winger like me will fly, at least as it pertains to the pet projects of Lieutenant Governor Dan Patrick. Some of his antics leave a growing number of West Texas conservatives as distanced from him politically as they are in miles. Patrick leads the parade on both Senate Bill 3, otherwise known as the “bathroom bill,” and the never-ending pursuit of state vouchers.

On July 29, I ripped into the bathroom bill. It targeted transgender people under the overhyped and unfounded excuse of public safety, all the while putting Texas into needless jeopardy of losing billions of dollars in lost jobs and tourism. This isn’t Reagan Republicanism, but a bill that erupted from a movement that lives in perpetual fear that the boogeyman is coming after its citizens as their leaders cling to one worst-case scenario after another.

Republicans have always been the standard bearers of limited and smaller government. So here are Senate Republicans throwing down the Big Government hammer in the face of all kinds of rational arguments that span the gamut from business leaders to school districts, from chambers of commerce to police chiefs. Why the heavy handed legislation? Whatever happened to local school districts or city councils voting on their own policies?As I wrote then, in summary, this is a bill that would be hard to enforce, with little to no penalties over an imaginary issue that would cost the state billions of dollars.

I waited over the weekend for the inevitable onslaught of critical emails, voicemails, and Facebook comments. There was one man who went to great lengths to take me to task. In his diatribe, he wrote, among other things, “Enough with all the liberal stories, editorials, and editorial cartoons. Why should we pay for the privilege of having you insult and ridicule our conservative Christian values every day?” There was another mild email rebuke, but that was it.

Meanwhile, there were four voicemails, all backing my opinion that it was a needless bill—including an 83-year-old woman who said she too was embarrassed. There were eleven emails that surprisingly—and refreshingly—agreed with the stance. Jim Mitchell of Amarillo succinctly summarized the feelings of several people, writing, “‘Embarrassed conservative’ sums it up perfectly on this and a host of many other issues both in Texas and nationally. A backlash is coming that will set real conservatism back by decades.”

So it seems that Patrick’s “must pass legislation”—as he’s called it—gets an “I’ll pass” from many West Texans who are struggling to see what the problem is.

Then there’s private school vouchers. Patrick has pounded that drum since he became lieutenant governor in 2014.  Educators in predominantly rural West Texas tuned him out long ago on that issue. In 2015, Charles Johnson, executive director of Pastors for Texas Children, spoke to a large room of educators at the Region 16 Service Center in Amarillo. Johnson’s group is against using public tax dollars for private school vouchers. He was clearly preaching to the choir. His speech was interrupted several times by applause, and when one woman somewhat tentatively began to clap for something, Johnson said, “It’s OK, sister, come on!”

Patrick prefers to frame the private school voucher issue as “school choice,” but Panhandle superintendents aren’t buying. “This voucher movement is not a movement to help poor kids get in better schools. I don’t think anyone believes that’s really the intent. It’s about getting a tax break for the rich. I don’t see it any other way,” said Kyle Lynch, superintendent of the Canadian ISD, 110 miles northeast of Amarillo. “That’s the world Patrick comes from in Houston. I just think that’s his agenda, and you can quote me.”

It’s hard for administrators in rural locales—where there is a dearth of private schools—to see any benefit from vouchers, particularly when public school funding is coming up short for many. “If you want to talk vouchers to me, take care of public schools adequately,” said Jay Lamb, superintendent at Groom ISD, 40 miles east of Amarillo. “Take care of what we have now, and then we’ll talk about expanding programs. To me, it’s big city versus small rural area.”

And Lamb believes that he can speak for the majority of rural superintendents. “I’d be surprised if it’s not 100 percent,” Lamb said. “Again, I’m not opposed to a voucher program once we take care of the business we have at hand. I am opposed to it as it stands right now.”

Jon Mark Beilue is a columnist for the Amarillo Globe-News. 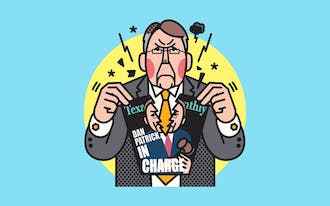 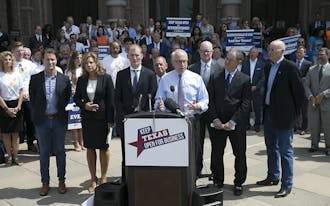 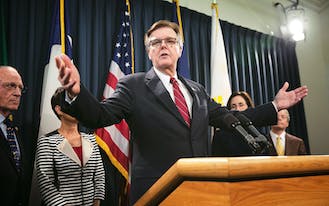 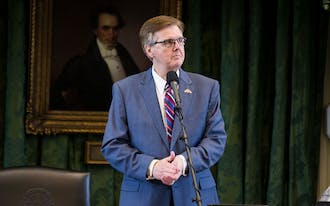