Sam Houston State University—home of the Bill Blackwood Law Enforcement Management Institute of Texas—is suddenly in conspiracy theory crosshairs as a Marxist training ground. The Daily Caller and Infowars claim that students at the Huntsville university are being paid to take courses on “white privilege” and Black Lives Matter. University Provost Richard Eglsaer is scrambling to debunk the story. Eglsaer wrote in a statement:

The seminars being debated are part of a standing series entitled “Difficult Dialogues,” which encourages a constructive conversation on selected controversial or provocative topics.  The course content changes in order to reflect contemporary subjects being discussed in the world.

We, at Sam Houston State University, are here to educate not indoctrinate.  One of the significant aims of education is to produce students who are well informed and think independently with personal autonomy and reasoned judgment.

The Daily Caller bases its story on the fact that any student accepted into the Eliot T. Bowers Honors College automatically receives a $2,800 scholarship. Then it starts listing some of the courses offered:

“Understanding Whiteness: Historic and Contemporary Viewpoints on Privilege,” asks SHSU Honors students “how might white people better understand white privilege and their potential role in dismantling systemic racism?” and requires students to “engage in personal self-reflection” and “educate others about white privilege through action research projects and community engagement initiatives.”

And if that wasn’t enough:

Other seminars offered by the Honors College include a course examining the “physiology of sexual function,” and a course called, “Culture and Society: Harry Potter.”

The subhead on the same story at Infowars is: “College lavishes incentives in exchange for Marxist indoctrination.”

Sam Houston hosts one of the oldest and largest colleges of criminal justice in the nation. Notable alumni include Dan Rather and Richard Linklater, but also Navy SEAL Marcus Luttrell, known as the Lone Survivor. 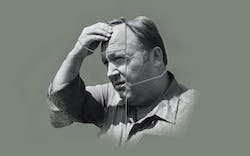