A statement from Talmadge Heflin (who else?) at the Texas Public Policy Foundation: “The first draft of the 2010-11 Texas state budget reinforces the message from Comptroller Susan Combs’ revenue estimate last week. The Texas Legislature needs to get to work on pruning the next state budget back within the available revenue. “The legislature needs to be mindful of the hard lesson it learned in 2001, when it spent the entire accumulated surplus of the 1990s at once and dug itself a $10 billion hole in 2003. The way for the legislature to avoid setting the same trap for itself is to continue to show fiscal restraint.” This is nonsense. It is not worthy of TPPF, but it is what happens when you hire a hard-core ideologue. The reason why Texas found itself in a $10 billion hole in 2003 was a combination of a nationwide recession and the 9/11 aftershocks referred to in the following analysis by the Dallas branch of the Federal Reserve. Excerpts follow: The high-tech and dot-com busts sent the country into recession in 2001, but Texas felt the impact longer than many areas, partly because of its large number of high-tech jobs. The 9/11 aftershocks that hurt the travel industry added to the tech crunch, prolonging Texas’ recession through June 2003. [This time period covers the entire biennium leading up to the adoption of the budget for 2004-2005.] Overall, the Texas service sector weathered the storm, recording an annual employment decline only in 2001, when 67,100 jobs were lost Texas’ goods-producing sector lost over 188,000 jobs during the downturn, more than a quarter of them in high-tech manufacturing. Hardest hit was the information sector, with its high percentage of telecommunications service positions. Texas telecom firms shed slightly more than 29,000 jobs during the downturn. Productivity growth has since returned to this industry, yet new jobs remain elusive. Professional and business services also saw jobs decline considerably. Computer systems design, an industry that includes such companies as Plano-based EDS, lost about 18,000 jobs during the recession, accounting for almost 30 percent of the category’s decline. The trade, transportation and utilities industry was hurt by the post-9/11 drop in demand for air travel. Texas airline transportation employment fell by 12,200 during the downturn and continued to edge down through 2005, rebounding slightly in 2006. Other segments of trade, transportation and utilities, such as retail and wholesale trade, contracted during the downturn as consumer demand weakened across the U.S. Once the Texas recovery began in mid-2003, employment growth swung back quickly in services while jobs continued to fall in goods-producing industries. In late 2004, however, goods joined services on an upward track, helping fuel the state’s robust economic growth of the past few years. Does anyone out there other than Talmadge Heflin really believe that an increase in state spending created the 2003 budget crisis, as opposed to a major recession? The budget was a drop; the recession the ocean. 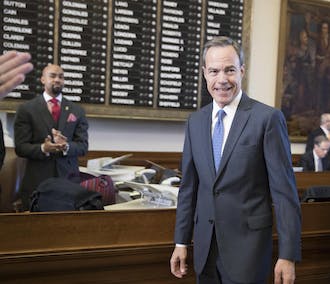 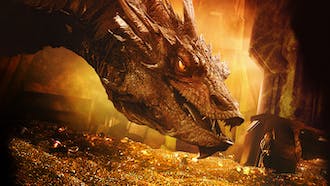 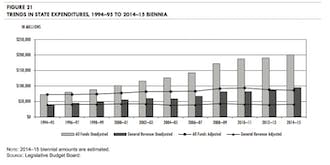 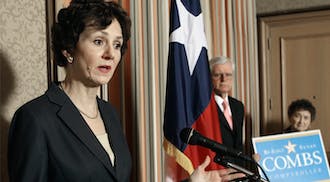