The issue of whether Baylor gets an invitation to join the Pac-10 conference may depend upon how university presidents on the West Coast feel about having Baylor’s new president Ken Starr as a member of their club. You may have heard that California is liberal, and Ken Starr is, well, not. Could some pushback against Starr hurt Baylor’s chances? I didn’t invent this speculation, but someone who is a pretty good analyst of these things did. That said, I don’t see what benefit Baylor brings to the realignment controversy. Their football program has been in the doldrums since the Big 12 was formed. Baylor has posted consecutive records of 1-9, 2-9, 3-8, 3-9, 3-9, 3-8, 5-6, 3-8, 3-9, 4-8, and 4-8. Their academics are not up to the PAC 10 standards. Baylor is not a member of the American Association of Universities, the umbrella organization for the top research universities (to which a majority of PAC 10 schools belong). Their non-football sports have fared well, especially men’s and women’s basketball and women’s tennis, the last two of which can boast of winning national titles. Finally, private schools have budget issues that often leech over into the athletic program. This was always a problem at Rice, my alma mater. I don’t see how Baylor can ever become competitive in the PAC 10. I have long argued that Rice should give up big-time football. What is the benefit of getting beaten by 40 points by Texas every couple of years? The same applies to Baylor. The university should look at what has happened to TCU since it was left behind in the formation of the Big 12. It has become an athletic powerhouse and has played in a BCS bowl. That is where Baylor should be setting its sights. 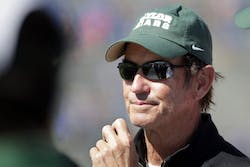 By Jessica Luther and Dan Solomon 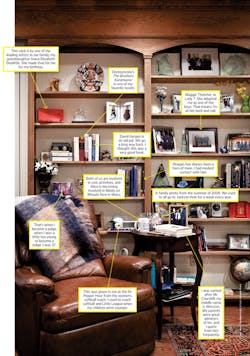 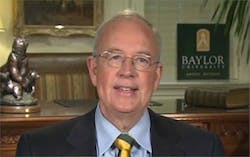 Ken Starr Would Vote for a Mormon