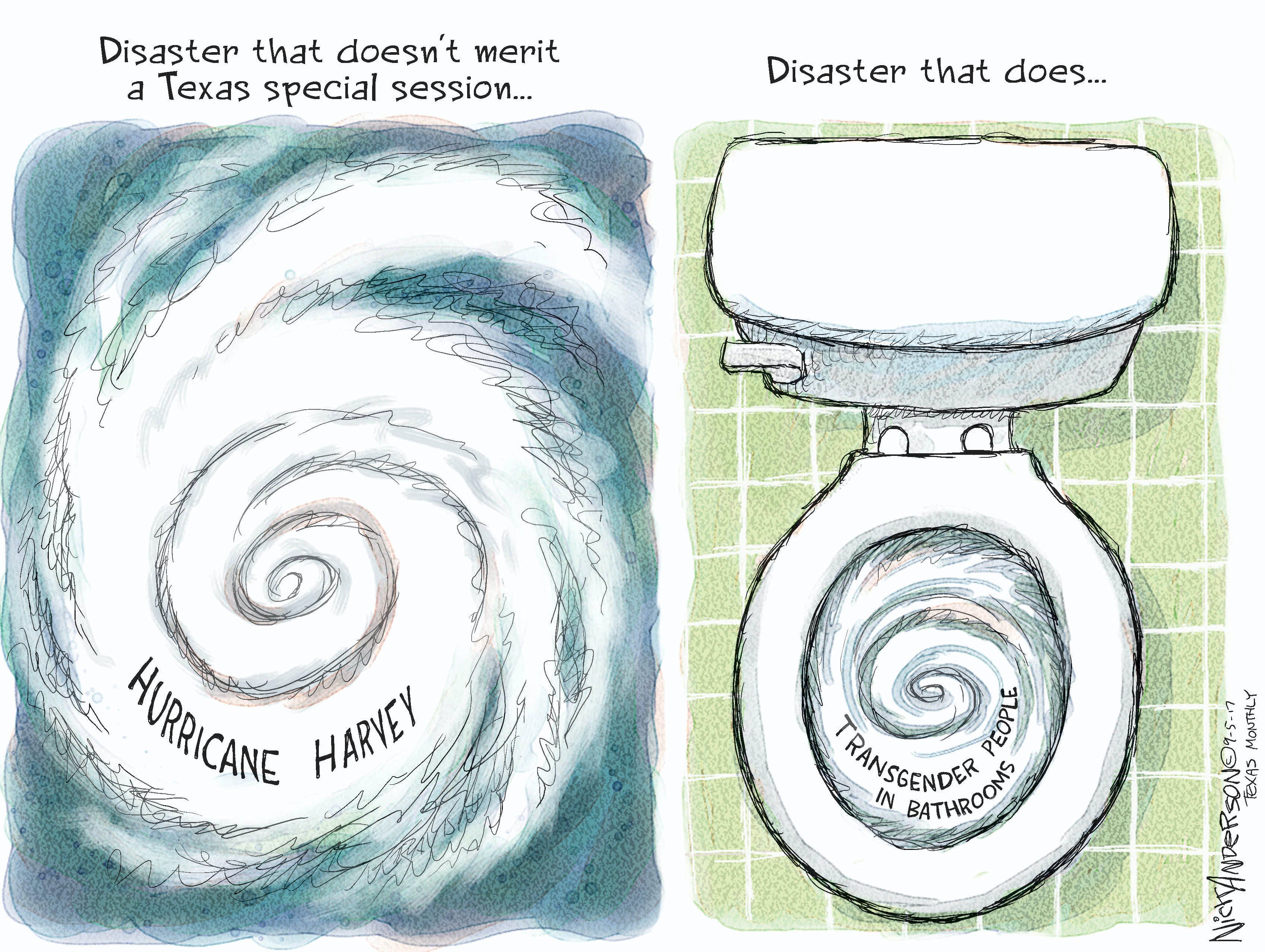 This summer, Governor Abbott called a special session to address twenty bills on his agenda, including the contentious (and ultimately unsuccessful) bathroom bill. What issue hasn’t merited calling a special session? Hurricane Harvey, which has displaced over a million Texans. (The federal government has funded almost $8 billion of short-term relief due to the storm.)