A constitutional amendment on the House calendar today gives the Legislature a second bite at the apple of overriding gubernatorial vetoes. The proposal by Gary Elkins provides for the Legislature to meet following the deadline for vetoing bills. Here is the new language that would be added to the Constitution: The Legislature shall meet to reconsider any bill disapproved by the Governor under Subsection (a) of this section or any item of appropriation in a bill to which the Governor objects under Subsection (c) of this section if the bill or statement of objection to the item of appropriation is: (1) returned to the House in which the bill originated on or after the third day before the date of adjournment of the session at which the bill was passed; or (2) filed with the Secretary of State after the adjournment of the session at which the bill was passed. (e) The period for reconsideration under Subsection (d) of this section begins at 10 a.m. on the day following the last day on which the Governor is authorized to file a disapproval or objection with the Secretary of State and may not exceed five consecutive days. During this period, unless the Legislature has been called into special session by the Governor, the Legislature may not consider any subject other than the reconsideration of bills or items of appropriation described by Subsection (d) of this section. Reconsideration of a bill or item of appropriation during this period is conducted in the manner provided by Subsection (a) or (c) of this section, as applicable. Is this a good idea? When this came up two years ago, I was opposed to the amendment. My reason was that Texas has a constitutionally weak governor, and this proposal would further weaken the governor. Rick Perry, however, has changed the nature of the governor’s office. His lengthy tenure has allowed him to appoint all of the officials who oversee the executive agencies. He is a very strong governor, at least in his ability to control the actions of the executive branch through what amounts to a de facto cabinet form of government. This amendment is needed to restore a balance of power. For example, the Legislature, which controls the purse strings, can pass a statute making Texas eligible for stimulus funds for unemployment insurance, but the governor can veto the statute. But the argument is probably moot. Even if the amendment passes the House, Dewhurst, who is totally aligned with Perry these days, can prevent it from coming up for a vote in the Senate. Of course, the Legislature can always protect itself by acting promptly on major bills so that they reach the governor’s desk in time for the Legislature to override a veto while still in session. Yeah, sure. The Legislature act promptly? Forget it. 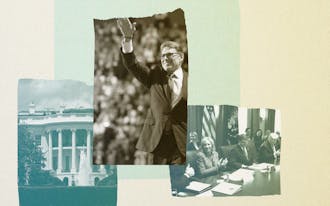