At the Tax Day Capitol rally earlier this month, Representative Jonathan Stickland demonstrated why the hard-core tea party members of the House can’t gain traction with enough mainstream Republican members to get anything substantial accomplished.

Stickland complained to the crowd that legislation in the House was being “micromanaged” to delay bills, including proposals to revoke in-state tuition for undocumented immigrants, to allow the so-called constitutional carry of handguns, and to eliminate toll roads. “Conservative legislation is dying every single minute that ticks by, and we’re not going to take it any more, are we?” intoned Stickland, the Howard Beale of the Texas Legislature. Complaining about the leadership and bills stuck in committee is every member’s right. But then came the part of Stickland’s speech that distances the hard-core from the mainstream.

“Everybody sounds like a tea party Reagan conservative during the election process, but when we force votes on this Texas House and we force representatives to pick a side, it lets you know back at home what’s really happening here in Texas,” Stickland said. “We are going to find conservatives to challenge RINOs in the Texas House.”

So much for Ronald Reagan’s 11th Commandment not to speak ill of other Republicans. Stickland declared war and promised re-election fights for the mainstream House leadership Republicans.

Contrary to the dreams of Stickland and other tea party activists, an analysis of the 2012 elections tells me the tea party has peaked in the gains it has made in the Legislature and actually may face setbacks in 2016. If the GOP primary between Ted Cruz and David Dewhurst is any indication, tea party strength in the Legislature has peaked.

While I’ll readily admit there are hazards to linking one election to another for the purpose of analysis, here are a few things to consider. The tea party faction, with its voters motivated by an almost religious fervor, is strongest in the low turnouts of off-year and runoff elections. The Republican primary next year, though, should be a higher turnout election, just like the 2012 primary, because it is a presidential election year.

So I obtained from the Texas Legislative Council the vote in the 2012 U.S. Senate primary and runoff broken down by House district to weigh the relative strength of the tea party-supported Ted Cruz Republicans versus the more mainstream David Dewhurst Republicans. Although for the sake of this analysis I ignored the vote of former Dallas Mayor Tom Leppert, arguably the majority of his vote would have gone to Dewhurst as the mainstream candidate. Cruz won the runoff; however, the primary is more indicative of legislative races, because runoffs happen most often in contests for open seats, not re-election challenges. To check my results or challenge my analysis, download this file and look at the results on the second tab.

The two members of the House leadership most often mentioned as tea party targets are Charlie Geren of Fort Worth and Jim Keffer of Eastland.

Geren’s district is a close call. Cruz received 38 percent of the vote in 2012, while Dewhurst took 36 percent. Geren has been unopposed in the past two elections, so it is impossible to measure him against these election results.

However, Keffer’s district gave Dewhurst a 46 percent to 30 percent edge, and Keffer defeated a 2014 tea party opponent 56-44. If Keffer seeks another term and runs a good campaign, there is little reason to believe he will not be re-elected. The tea party’s best hope of knocking Keffer off is to run multiple candidates against him to increase the odds of a runoff. Even that would be close. Cruz won the runoff in Keffer’s district with just 52 percent of the 13,704 ballots cast.

But looking at the 19 representatives who voted against the election of Joe Straus as speaker, the 2012 election shows only five hold districts where Cruz led Dewhurst in the primary. In four of those districts, the lead was by six percentage points or less. Only Mark Keough’s The Woodlands district gave Cruz a whopping 54 percent to 35 percent lead over Dewhurst. The former lieutenant governor carried a majority of the primary vote in three districts held by Straus opponents: Dustin Burrows of Lubbock, David Simpson of Longview and Molly White of Belton. Dewhurst received 58 percent of the primary vote in White’s district, indicating she is the most vulnerable among the tea party crowd.

Most of the rest of the representatives who voted agaisnt Straus’s election as speaker are from districts that appear closely divided between the tea party and the mainstream. Stickland’s Bedford-based district gave 33 percent to Cruz and 34 percent to Dewhurst. Stickland has received 60 percent or more of the vote in his past two elections, but he ran against an opponent in 2012 who was essentially staking out positions similar to Stickland’s. He likely will win re-election if he runs. It just may be harder than before if he picks up a mainstream Republican opponent.

Over on the Senate side, the most likely seat for the tea party to pick up is District 1 held by Kevin Eltife, a more mainstream Republican, but even then the odds only favor a pick up if Eltife does not seek re-election. Dewhurst in the primary received 49 percent of the vote in Eltife’s district, and Cruz obtained just 29 percent. Cruz carried the district in the runoff, but turnout had dropped from 20 percent of the registered voters to 14 percent.

The other Senate Republicans who are up for re-election next year are unlikely to have a tea party opponent. They are Brandon Creighton, Larry Taylor, Jane Nelson, Brian Birdwell, Troy Fraser and Charles Perry.

All elections are different and can be affected by numerous factors, including whether an incumbent seeks re-election, whether they run an effective campaign or whether a candidate is pressed into a runoff. All that considered, though, if all incumbents seek re-election, my prediction is the Senate will remain unchanged in political alignment. All but one of the House members who voted against Straus are vulnerable to defeat in the 2016 election. Of the Straus leadership team who might face tea party challengers, only Geren, Elkins, Zerwas, Fletcher and Angie Chen Button have much to worry about. Button easily defeated a tea party challenger last year.

Wild cards aside, Team Straus could certainly gain strength next year instead of losing it. 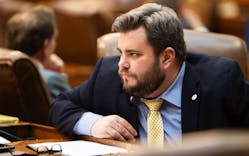 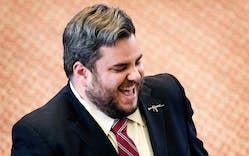 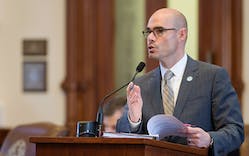 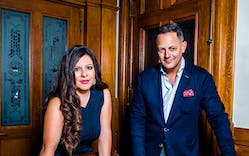