The following legislation is Riddle’s HB 49 from the 2009 legislative session, which she referred to several times during her debate with Trey Martinez-Fisher. A BILL TO BE ENTITLED AN ACT relating to the creation of the offense of criminal trespass by illegal aliens and to certain procedures for arresting illegal aliens suspected of committing criminal offenses. BE IT ENACTED BY THE LEGISLATURE OF THE STATE OF TEXAS: SECTION 1. Chapter 30, Penal Code, is amended by adding Section 30.055 to read as follows: Sec. 30.055. CRIMINAL TRESPASS BY ILLEGAL ALIENS. (a) A person commits an offense if the person: (1) is a citizen of any country other than the United States; and (2) enters or remains on or in any public or private property in this state in violation of 8 U.S.C. Section 1325 or 1326. (b) An offense under this section is a Class B misdemeanor. SECTION 2. Article 14.03, Code of Criminal Procedure, is amended by adding Subsection (h) to read as follows: (h)(1) In the course of acting on a reasonable suspicion that a person is committing or has committed an offense, including an offense under Section 30.055, Penal Code, a peace officer may arrest the person without a warrant if the peace officer before making the arrest seeks and receives confirmation from the United States Immigration and Customs Enforcement component of the United States Department of Homeland Security that the person is an alien who is present in the United States in violation of 8 U.S.C. Section 1325 or 1326. (2) On receiving the confirmation described by Subdivision (1), the peace officer immediately shall take the person before a magistrate in compliance with Article 14.06. After placing under oath and questioning the peace officer and on a finding of probable cause to believe the person arrested is an alien who is present in the United States in violation of 8 U.S.C. Section 1325 or 1326, the magistrate may issue a state warrant under this subsection. The warrant must specify the applicable violation or violations of federal criminal law as previously confirmed with the United States Department of Homeland Security as described by Subdivision (1). A warrant issued under this subsection expires on the earlier of: (A) the time the person is transferred into federal custody; or (B) 72 hours after issuance. SECTION 3. This Act takes effect September 1, 2009. * * * * Riddle represented during her debate with Martinez-Fischer that her bill was not the same as the Arizona legislation. The Arizona law is much longer–it has a provision authorizing suits against law enforcement officials who fail to prosecute illegal aliens, for example, which Riddle’s does not–but the main points are very similar. Both the Arizona law and Riddle’s proposed bill create the offense of criminal trespass by illegal aliens. Both require “reasonable suspicion” before a peace officer can act. The term is not defined in the bill. The crux of the issue of what to do about illegal immigration is whether we would rather have peace officers spend their time putting illegal aliens in jail, or putting people who have committed violent felonies in jail. I know where I come down on this: I want the cops to put violent criminals in jail. During the debate, Riddle kept shifting her ground. She wanted the law enforced because violent gang members are coming across the border. Or, she wanted the border secured because America has to defend its sovereignty. Yet, public officials up and down the border have said that they don’t have problems with violence in their communities. I’m not saying that the present state of affairs is good. Of course it’s not. I’m just saying that we have to choose whether we want our peace officers to spend their time getting aliens deported, or to spend their time apprehending and preventing crime. For me, it’s not even a close question. 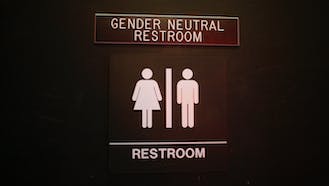