* Asked by Sweany about whether there was pressure from the governor’s office, Hall said, “I’ve received no directives from the governor other than the importance of figuring this out.” It is not clear what “this” refers to–I’m assuming he’s talking about affordability–but what is clear is that Hall had requested a large number of documents from the UT system.

* [The interview continues]: “It’s not just about affordability, it’s not just about accessibility, it’s about the quality of education,” Hall told Sweany. What is Hall trying to say here? Is he impugning the quality of education at UT-Austin under the leadership of Bill Powers? That is going to be a hard case to make. UT-Austin’s academic reputation is extemely high.

* This prolonged exchange indicates the level of tension between the regents and legislative leaders:

TM: The conventional wisdom going into Thursday’s meeting was that if the board voted unanimously on both of these issues, it was a sign that there was an effort to smooth over relations with the Legislature. Is that an accurate reading?

Hall: On Wednesday I spent the day over at the Legislature meeting with a number of members, which was very productive. They learned things from us, and I certainly learned things from them. Unquestionably, we would like to smooth things over with the Legislature, because it’s not productive for the UT System or for their efforts to govern. We have great respect for what they do, and we’re trying to find a path through these choppy waters. We share the same goal.

TM: Of course, lawmakers may not see it that way. The volume from the Capitol has steadily increased during the session, and it has been directed at the board in general and at you specifically.

Hall: I think there has been confusion by some members on what our role is. I don’t believe that we have any confusion about what our job is, and the level of unhappiness from there is new to me. They have the power to do what they want to do, though I trust they will be sensitive to the unintended consequences that affect this board’s ability—and the ability of future boards—to manage our system. But in terms of the accusations, specifically which one?

TM: On the floor of the Senate, Lieutenant Governor David Dewhurst said that the board was engaging in the “character assassination” of President Powers, and at the Joint Oversight Committee, House Appropriations chair Jim Pitts said that the board was engaged in “witch hunt after witch hunt after witch hunt.” And that doesn’t include specific amendments and bills that would affect funding and governance of the board.

Hall: I would say that I have a growing and expanding mea culpa in not appreciating their need for communication from the board. I get that now. I did not recognize our need to be over there and talking to them.

Pitts, of course, has added riders to the Appropriations bill that further restricted the activities of the regents. For example, future regents will not be allowed to vote before they have been confirmed by the Senate if that bill passes–and Perry doesn’t veto it.

The battle between the regents and UT is far from over. For UT, the biggest issue facing the University is not the fate of Bill Powers. It is whether the current or future leadership of UT-Austin will be allowed to continue on the course it had set before the incumbent regents were appointed. UT-Austin spent three years and a lot of money developing a plan for the future known as the Committee of 125. But the Perry regents had their own agenda. Regents chair Gene Powell has said that he wants to add 5,000 students a year over the next four years, and he wants to cut tuition in half. It is impossible to run UT-Austin with tuition that is half of the current level. The regents also favor more online courses. More students and less rigorous courses is how you turn UT into a degree mill. 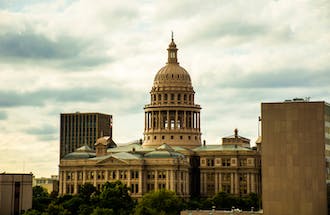