I was surprised to read in Saturday’s Houston Chronicle that the state Department of Motor Vehicles needed one more vote to authorize a license plate celebrating the Confederacy and displaying the image of a Confederate battle flag. Is this a good idea? I am a history major, and I don’t believe in censoring history. I would not vote to prohibit the license plate. At the same time, my personal belief is that secession and the Civil War were the worst things ever to happen to Texas (as Sam Houston predicted they would be) and we should be restrained about celebrating what in fact was a catastrophe, for Texas and for the nation. Texas is both a southern and a western state, and, of the two, I much prefer the western heritage to the southern. To me, the Confederate flag is inextricably linked with a dark part of our history, namely, segregation. That is my personal reaction; I do not ascribe that view to others. I had a history professor who liked to say, “Every man his own historian,” by which he meant that each must make our individual judgments about history. The west, on the other hand, is a land of great vistas and rugged landscapes and endless distances that reinforce our state’s great myths of the wide open spaces and the great ranches and oil fields that sat atop land so unforgiving that only the devil could love it. The discussion of the license plate inevitably leads to politics. Very little happens in state government without Rick Perry having a hand in it somewhere, and so the question that intrigues me is whether Perry has a position on the Confederate license plate. If the plate is authorized, I believe it will be a national story that will have an impact on Perry’s presidential ambitions. It will play well in the South, of course, and among all who chafe at the intrusions of the federal government, but I suspect it will be less well received in that part of the country that was on the winning side in the Civil War. My advice to Perry would be to forget about it. 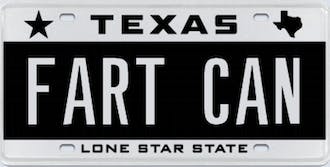 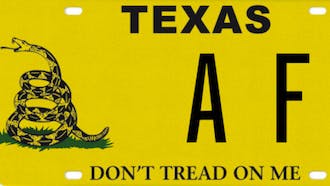 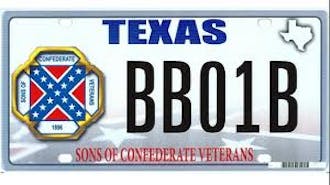 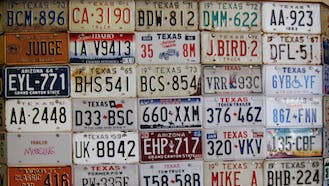 Texas, We Should Talk About Your License Plate Addiction