The conventional wisdom is that Gattis is a heavy favorite in this Senate race, and I have to agree. He comes from the biggest county in the district, and he has been running hard for some time, especially in Brazos County, the second largest county. Still, I have heard an interesting case to the contrary from the Ben Bius camp, which I will pass along. 1. Williamson County is only 42% of the district. The other 58% consists of Brazos County and several other counties that are largely rural. The rural counties have little affinity for the big suburban county on the west end of the district. 2. If Gattis wins, Brazos County and Texas A&M will be without a hometown senator. Once the seat is held by Williamson County, Brazos County won’t get it back for years. 3. Gattis is not universally popular in Williamson County, for the same reasons that he isn’t universally popular in the Capitol. He has gotten on the wrong side of several local officials. 4. Bius can self-finance (although his camp says he raised $140,000 in the first two weeks). He has his own plane which he plans to use to fly into towns and campaign. 5. (And here is where it gets interesting) Bius intends to attack Gattis for going wobbly on tort reform; in fact, he is already running radio spots. In the last two sessions, Gattis has been an independent voice on this issue. He has pretty much spat in TLR’s eye. 6. So, TLR is in a bit of a pickle. Do they decide that discretion is the better part of valor and endorse Gattis, hoping that, if he wins, he will get with the program, or do they go all in for Bius and try to beat him? 7. The ramifications of (6) reach beyond the Gattis-Bius race. If TLR endorses Gattis, as the Texas Civil Justice League has already done, other legislators may think to themselves, “If Gattis can go off the reservation without being sent to the penalty box, why can’t I?” TLR is going to have to decide whether to make an example of Gattis, or, by failing to do so, allowing independent thoughts to creep into members’ minds. There are a lot of members who would vote against TLR if they thought they could get away with it. You can bet that the Bius camp is going to make this argument to TLR. The Hobson’s choice for TLR is whether to get in a feud with a state Senate candidate who is a heavy favorite to win, or to give him a pass and see if he returns to the fold. I bet it’s give him a pass. 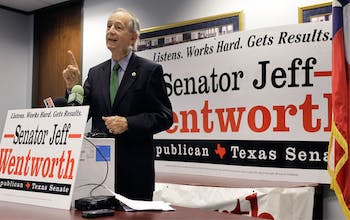 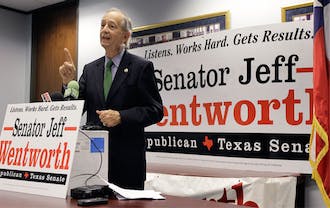