A friend described Swinford to me this way, and I think it is about as good a tribute as a member could ask for: “He was the same person when he left as he was when he got here.” Not very many members can say that on their way out the door. Swinford was one of those West Texans who cared about his region, not just his district. He did a lot for it, too, especially for the wind and wine industries. He and Warren Chisum were crucial players in the speaker’s race leading up to the 2003 session; when they went with Craddick, I thought that was the death knell for Laney. As was so often the case with people who gave Craddick their loyalty, Swinford received little benefit for his support. Craddick made him chairman of a new committee, Government Reform, but Swinford didn’t seem to know what to do with it, and the bill that reached the floor turned out to be a Christmas tree for the lobby and achieved little. In the 07 session he became chairman of State Affairs, which would have been a plum assignment except that Craddick split the committee, sent all the good stuff to Regulated Industries, and Swinford was left with all the social legislation, immigration and abortion. Over the past session or two, he seemed to lose interest. It was apparent that West Texas was going to lose seats in redistricting, and an increasingly urban House had little interest in rural legislation. His retirement should allow the area from Wichita Falls west to Amarillo and north to the Oklahoma border to retain three seats. He was the kind of member who used to be typical of the House in the eighties and nineties, a rural salt of the earth guy, but his type, a canny, decent rural member, will be more and more rare as West Texas continues to empty out. 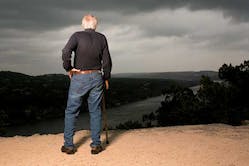 The Audacity of Hope