On Wednesday, the Supreme Court heard oral arguments in Fisher v University of Texas. The case concerns whether the University of Texas at Austin’s admissions program, which allows for an applicant’s race to be considered as a factor in favor of his or her acceptance, amounts to unconstitutional discrimination. And the ruling, which is expected next June, is likely to hinge on the effects of a controversial law that I consider to be one of the more elegant ideas that has ever emerged from the Lege. What’s at issue, in Fisher, is affirmative action. What’s on trial is the top 10 percent rule.

The law in question, passed in 1997, says that students who graduate in the top 10 percent of their high school classes, as a result of their GPA, are guaranteed admission to any of the state’s public colleges and universities. The law had particularly swift and dramatic effects at the state’s flagship universities, and none was more affected by the law than the University of Texas at Austin; in 2008, 81 percent of its incoming freshmen had been admitted under the top 10 percent rule. This led to outraged complaints, from students and parents, that the rule had made it all but impossible to gain admission to the state’s greatest university (hook ‘em!) any other way. It also led to the suit heard yesterday.

The plaintiff, Abigail Fisher, applied for admission to the University of Texas in 2008, and since she narrowly missed making the cut for the top 10% rule, she was among the applicants competing for the remaining spots in the incoming class. Those applicants are subjected to a more comprehensive evaluation of their academic records and personal achievements. They receive a numeric score in each category, and race is among the considerations that factors into the latter. Fisher, who is white, was not accepted, and her lawsuit argues that the university’s admissions process involves unconstitutional racial discrimination.

The case made it to the Supreme Court once before, in 2013. The Fifth Circuit had ruled in favor of the University of Texas, but Fisher’s attorneys argued that it had not subjected the plan to “strict scrutiny”; the Supreme Court agreed, and sent it back to the lower court for reconsideration. The lower court again upheld the constitutionality of the university’s admission plan, and earlier this year, the Supreme Court agreed to give the case another look. Throughout the process, Fisher has proved to be an unusually controversial plaintiff. Her first petition asserted that her “academic credentials exceeded those of many admitted minority candidates.” But the Fifth Circuit disagreed; based on her score on the “Academic Index,” the ruling notes, she would not have been admitted even if her “Personal Achievement Index” score had been perfect. Regardless of whether race should be a factor in UT Austin’s admissions process, in other words, it apparently wasn’t a factor for Fisher. The Fifth Circuit, in fact, was skeptical about whether Fisher should even have standing to sue the University of Texas in the first place.

That helps explain why so many Texas Exes were pouring salt in Fisher’s wounds on Twitter Wednesday evening, using the hashtag #StayMadAbby. Under normal circumstances, most Longhorns would sympathize with a student who dreamed of going to UT-Austin, and had to settle for LSU. But Fisher has spent years stewing over the disappointment, and seeming to argue that a black or Latino student stole her spot. And after Wednesday’s oral arguments, many Supreme Court watchers were pessimistic about the University of Texas’s chances of winning. Fisher’s seemingly baseless grievance could potentially result in a ruling that would end affirmative action at America’s public universities.

What’s surprising, if not perverse, is that Fisher does have a cause for grievance that many Texans would consider legitimate, or at least understandable. In 2008, the year she applied to UT Austin, 81 percent of seats in the incoming class were reserved for just 10 percent of the students who graduated from Texas high schools that year. Any other student who applied faced extraordinary competition for the remaining offers. The lopsided difficulty of that year’s admissions process was sufficiently dramatic, in fact, that in 2009 the Lege passed a measure allowing UT Austin specifically to cap the number of seats that could be claimed by students eligible for automatic admission. Fisher hasn’t handled the rejection well, in other words, but she’s hardly the only student who was frustrated that year. Most of this frustration, however, was directed at the top 10 percent rule—which continues to be controversial because it does, in a sense, create an unequal playing field. The difficulty of graduating in the top 10 percent of your class varies, depending on where you go to high school, and with whom.

And yet Fisher isn’t suing UT Austin over the policy that may have put her at a disadvantage. On Wednesday, her attorneys were singing its praises at the Supreme Court. The explanation has to do with the fact that UT Austin began using race as a factor in admissions after the Supreme Court ruled, in 2003’s Grutter v Bollinger, that public universities could do so under certain conditions. In that case, the University of Michigan had argued that it had a “compelling interest” in encouraging diversity at its law school, and that affirmative action should therefore be an exception to the general rule that the government can’t discriminate on the basis of race. The Supreme Court sided with Michigan, uneasily, with a number of conditions about which approaches to affirmative action would pass constitutional muster, and the asterisk that the exception would only apply for about 25 years. The Court agreed with the University of Michigan that the government has a legitimate interest in pursuing a more diverse student body, without fully endorsing their methods. It upheld the university’s policy of affirmative action conditionally, as a means to an end—-and, presumably, only until that end could be achieved.

Among the issues that appeared to be weighing on the justices’ minds Wednesday was that it’s already been twelve years since Grutter v Bollinger. Enrollment in higher education is still far from representative of society at large, but universities have become more diverse since then. And the student body at UT Austin specifically has become more diverse, thanks, in part, to the Lege. In 1996’s Hopwood v Texas, the Fifth Circuit had ruled that the University of Texas’s consideration of race in law school admissions was a form of unconstitutional discrimination. The ruling set a precedent that would last until the Grutter ruling. In the meantime, however, the Lege came up with an alternative idea to foster diversity in higher education. The top 10 percent rule is officially blind to race, or socioeconomic status, or the educational attainment of one’s parents. For obvious reasons, though, it was bound to expand opportunity in practice, and it has.

Whether the top 10 percent rule has been sufficiently effective at improving diversity is debatable, which is, presumably, why the Supreme Court is currently debating it. Several details in the case appear ominous for the university’s defense. The 2003 ruling explicitly prohibits quotas, and leaves the definition of diversity open to interpretation. It was also decided on a 5-4 vote; Anthony Kennedy was among the justices who voted against the University of Michigan then and is considered the swing vote in the current case. One of the court’s liberal justices, Elena Kagan, is recusing herself (she served as solicitor general when the Justice Department filed a brief in the case), and conservative Samuel Alito, who joined the court in 2008, evinced a keen interest in the empirical effects of the top 10 percent rule during Wednesday’s questioning.

A ruling in Fisher’s favor would be rightly understood as a defeat for affirmative action. But I wouldn’t consider it more than that. “The diversity in our classrooms is a matter of justice, prosperity and maybe even survival,” writes Michael Marder, a professor of physics at UT Austin, at TribTalk. Most Texans would agree with that, even the Republicans; the Lege is often suspicious of abstract appeals to justice, but it obviously takes an interest in the state’s future workforce. That’s why Texas has a top 10 percent rule in the first place. And as weird and contentious as Fisher’s legal argument is, it’s worth keeping in mind that even her attorneys, in emphasizing the effects of the rule, are conceding that encouraging diversity is a matter of compelling interest to the state. 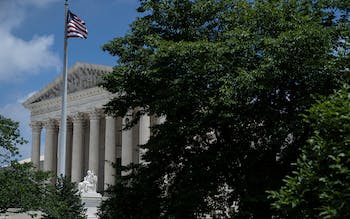 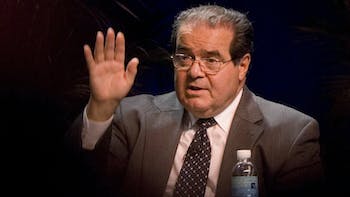 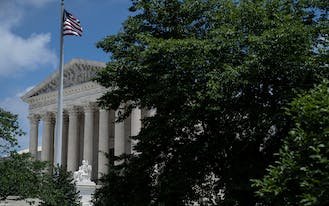 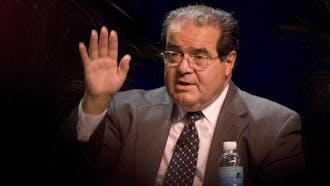 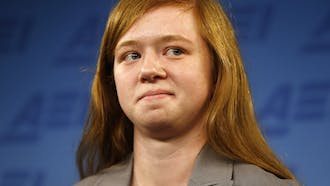 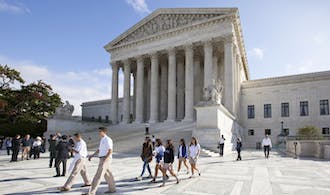 U.S. Supreme Court Issues Stay on HB2, Setting Up a Major Abortion Decision in the Near Future