I overlooked one other significant change to the bill (and no doubt there are others). Amendment 134 extended the authority for Comprehensive Development Agreements — that is, privatized roads. The authority was extended to 2015. This was done in spite of representations that the bill would not deal with methods of financing roads. This was a breach of faith with the overwhelming majority of members who have concerns about TxDOT. The Senate should substitute the original Sunset bill for the House bill and start over. * * * * The more I learn about what’s in the House Sunset bill, the more concerned I am that the Sunset process will turn out to be a complete failure when it comes to improving the governance of TxDOT. 1. Governance (or the lack thereof) Not only is the plan adopted in the Leibowitz amendment (15 elected commissioners, one statewide) unworkable, but it also knocks out of the bill a governing scheme that had some real promise: keeping the five member commission but breaking the governor’s monopoly by allowing the lieutenant governor and the speaker each to appoint one of the members. This is no longer in the bill and will not be part of the side-by-side, and so the TxDOT haters have managed to empower Rick Perry. Stupid, stupid, stupid. 2. More empowerment of the governor. From the start of the Sunset process, critics were concerned that Isett was in the governor’s pocket. Their fears were realized when he amended the bill to require that the terms of all commissioners will expire September 1. This will strengthen Perry’s hand, because new appointees will not know the history and will be more likely to go along with what the governor wants, and the endless war between TxDOT and the Legislature will go on and on. The accelerated expiration date also allows the governor to get rid of the most independent member of the commission, Ned Holmes, of Houston, who is a Hutchison supporter, and replace him with a loyalist. 3. Weakening primacy Critics of TxDOT have labored long and hard to establish that local toll authorities in Houston and Dallas would have primacy in their own areas. The bill went in the opposite direction, allowing toll authorities in Collin and Grayson counties to do their own projects. NTTA has the financing and the expertise and the mandate to provide projects for the region. The bill further weakens the local toll authorities by limiting their ability to lobby. Why shouldn’t HCTRA and NTTA, the Harris County Toll Road Authority, have the opportunity to make their case to Legislature when TxDOT has a history of regarding them as competitors. I thought that the situation there had improved, but it seems to me that the likely source of these amendments was either TxDOT or the governor’s office. I do like the limitations on contributons to the Harris County commissioners, who constitute the board of HCTRA; the authority has been scandal-free, and let’s keep it that way. It is a huge step backwards to weaken the entities that have done the most to achieve urban mobility. 4. Bureacracy One of the best things about the proposed Sunset bill was a mandatory downsizing of the engineering staff by 50%. Why do we need 5,000 people at an agency that is underfunded and almost out of money by its own admission? Can’t 2,500 people sit around and wait until hell freezes over for the Legislature to fund them as easily as 5,000? Floor amendments changed the downsizing into a study. I thought Republicans want to make government smaller and more efficient. Not in the TxDOT Sunset bill. This is why people think government doesn’t work. How much time and money was spent on Sunset by the agency and by the Legislature, only to give birth to a study? Perhaps Obama should take over TxDOT and follow the plan for the auto industry: Keep the engineers around in case the market comes back? It would be better to move TxDOT Sunset to 2011 than to implement these egregious positions in the House bill. 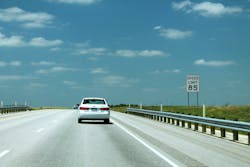