A couple of weeks ago I questioned in this space whether Medina might enter the Senate race if Hutchison resigns her seat after the primary or the runoff? Apparently someone else was thinking the same thing. The analysis that follows was sent to me by someone who is well known to readers of this blog, someone with SO license plates. The analysis picks up below the asterisks: * * * * I just read your comment about Medina running for Kay’s seat, if it ever opens up. I [have] speculated on the same thing. I have been trying to figure her reason to run in the R primary. It doesn’t make sense for her. Here is why: 1. If she really cared about her issues she would have run as an Indy or a Libertarian so she would be in the race all the way into the fall. She would then have time to build her name and would get to debate on the big stage in the general election. 2. If she actually thought she had a chance to win the R primary, or make the run-off she would not turn off the R votes by advocating legalizing drugs or saying she will not guarantee she will support the primary winner in Nov and may support a third party candidate. So, what is her plan. Let’s go back to point 1. If she was running as an Independent or Libertarian it would be difficult to also run in a special election for Senator, and depending on when the election was actually held, she might not be legally able to do so. Secondly, if she had not run in R primary no one would know her anyway. My thesis. She doesn’t care if some Republicans don’t like her drug stand or that she will not support Perry or Hutchinson in November. She is running in the Republican primary to build name I.D. and build support for a run in the special election for Kay’s seat. Once March 2 passes she will be free to run for the Senate (providing Kay steps down). What is her chance of making that run-off ? Still a long shot, but she will have a shot, especially if she surprises and gets 12-18% in the primary. My analysis of the numbers in a crowded special election field: –Sharp and all Ds get 35% –If Medina keeps her base and adds a few points she is 15-20% (if she does well in the primary) –That leaves 50-55% to be split between 6 to 10 Republicans –Dewhurst, Shapiro, Williams, Williams, Jones, all of whom have indicated they will run. You can be sure that there will be 2-4 more. Each one will pick up 3-5% points even for the bottom finishers. If you have, let’s say, 8 Republicans, can any of them get higher than her if she gets 18-20%? Dewhurst has the best chance, but with so many in the race each candidate will have their own base. making it harder for him to get 20%. So, you could have a Medina-Sharp run-off if everything breaks her way. But three things have to happen: 1. Medina must do well in the primary and build her base. I am not convinced of either at this point. 2. Kay must actually step down win or lose. No one is betting on her stepping down for a long time (after Nov) 3. There must be 6 or more Republicans in the race as well so that it might only take 20-23% to make the run-off. Her being in the field may encourage even more to think they can get 20%. Congressmen, businessmen, and maybe another State Senator or two might take a look at it. I’m not sure if Medina is this strategic to have hatched this plan before now. But, if she does well she might be inclined, or encouraged, to give it a run. She will have more statewide name I.D., good or bad, than most of the people in the race other than Dewhurst. Her message also will make more sense to some who think sending an inexperienced anti-federal government to Washington than making her governor. I know it is down in the political weeds, but I know you will see the possibilites. I have also heard she wants to run for state party chairman, but with her issues and lack of support for the nominee in November, and the opposition to letting the Ron Paul group take over the party, I don’t think that is likely. I think she eyeing Kay’s seat. Nothing else makes sense. * * * * This seems like a good analysis to me. I hadn’t figured on the difficulties created by multiple Republican candidates fighting over the same constituency. Dewhurst could be the second highest vote-getter among the Rs and still not get into the runoff, if Medina can keep building her momentum. This will not be easy. There are no more debates. She doesn’t have a lot of money. She does have much more word of mouth buzz than Perry or Hutchison. Without money, though, she is limited to retail politics. The Medina scenario is very bad for Michael Williams, the presumed favorite if Perry gets to appoint Hutchison’s successor. Williams might be able to beat Dewhurst with Perry’s help. He will get a lot of support from party regulars. Dewhurst is not as popular with the GOP insiders, but he will be able to outspend Williams and drive up his name ID and voter awareness of his record. But there is nothing Williams or Dewhurst can do about Medina if she catches fire. If she can make it into the 20s in the primary, she has a real shot to lead the Republican field in the special election for the Senate. If she does, she’ll be the next United States Senator from Texas. 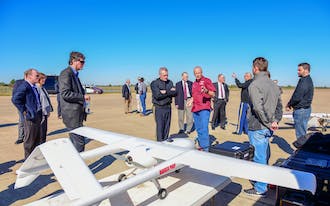 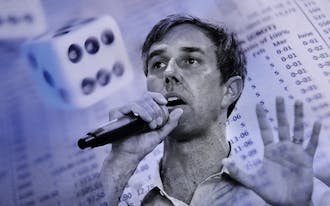 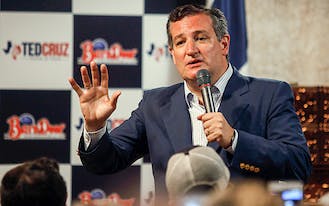