The consensus winner of Tuesday’s Democratic presidential debate was Hillary Clinton, but the debate had barely ended when someone asked me the logical next question: what are the odds that Julián Castro, the former mayor of San Antonio and current Secretary of Housing and Urban Development, will be her running mate?

This is a question that Texas journalists have fielded at intermittent intervals since Castro, who is officially endorsing Clinton today, was first elected mayor. And it’s been a good question since 2014, when Castro stepped down as mayor of San Antonio to become Secretary of HUD. Since he was elected to his first two-year term in 2009, he would have run into the office’s term limits in 2015, and most mayors would see a cabinet appointment as a promotion. But there were several reasons for Castro, a careful politician who was clearly interested in running statewide as soon as 2018, to be cautious. Joining the cabinet meant joining the Obama administration, rather than merely making common cause with the president, a fellow Democrat. It also created an obvious parallel between himself and Henry Cisneros, a former mayor of San Antonio who served as Secretary of HUD under Bill Clinton and was widely considered a rising political star before becoming embroiled in scandal and stepping down. And Castro, who was an effective and widely well-regarded mayor, would probably have noticed the less notorious cautionary tale in Cisneros’ career: as Secretary of HUD, he had led an effort to promote homeownership among low-income families that was surely well-intended but nonetheless helped cause the housing crisis in 2008.

On the other hand, serving as HUD Secretary would give Castro federal government experience. There’s no rule against jumping from mayor to vice-president, but it’s never happened before.

And with many Americans proceeding on the assumption that Clinton will be the Democratic nominee, the question of whether Castro is going to be her running mate is relevant, especially to Texans. The best answer, though, depends on why you’re asking the question.

If you are asking for planning purposes: it’s possible, but the answer is not yet determined, or determinable: no one can say for sure, and it depends. The Clinton campaign is clearly taking a notable interest in Castro, and I don’t see anything in his background or record that would disqualify him. He seems young, but he’s in his early 40s, as is Marco Rubio. Republicans would like to cast him as inexperienced, but setting aside the fact that Donald Trump is still their frontrunner, it’s a stretch to argue that Castro is less qualified than Sarah Palin, who was John McCain’s running mate in 2008. It’s true that she was a governor rather than a mayor, but San Antonio has twice as many people as Alaska, and Castro held the job for twice as long. At the same time, there’s rarely a dispositive case for a specific vice-president. A presidential candidate typically chooses a running-mate who complements their candidacy, but Clinton can’t assess her optimal complement until she knows who she’s running against, and what her perceived weaknesses are.

If you are asking out of civic pride, a certain patriotic instinct that Texans should hold as many high offices as possible: I agree, Castro would be a great choice for vice-president and Clinton would be lucky to have him.

But if you’re asking out of general curiosity: it seems unlikely. I don’t see a reason for Clinton to rule out Castro, but I also don’t see how it suits her strategic purposes to choose him as a running mate. Texas is not a swing state right now. In 2014 Republicans carried the statewide elections by a roughly 20-point margin. Clinton can surely narrow that margin, but she can’t expect that having Castro on the ticket gives her a chance to carry its electoral votes, in the way that LBJ helped JFK carry the state. Nor can she count on Castro to humanize her in the way that Joe Biden has helped personalize the cerebral and high-minded Obama. If she’s in the market for that, she’d be better off running with Castro’s twin brother. Joaquin Castro, who was elected to Congress in 2012, would also be a better choice if Clinton wants a vice-president to act as a White House liaison to the legislative branch. And one last point, with the caveat that I personally find identity politics to be imprecise and reductive: if Clinton is the nominee, she’d be the first woman to lead a major-party ticket, and potentially the first woman to serve as president. That’s plenty of historicity.

And although the vice-presidency seems to have in irresistible allure for politicians, who all want to be president, I don’t think being Clinton’s vice-president would best suit Castro’s purposes either. His busy schedule at HUD suggests that he actually enjoys his work as much as his title, and the same was true when he was mayor of San Antonio. An appointment to serve as Secretary of Education would put Castro in position to make good use of his skills, and then to make good political use of his record. That’s assuming he does want to run statewide at some point, which I think is a reasonable assumption: there’s nothing wrong with being vice-president, but being governor of Texas may be the best job in American politics.

At the same time, I would expect Castro to be a key campaign surrogate for Clinton, and a high-profile candidate for the vice-presidency. Clinton/Castro 2016 may not suit either of their purposes, but the question itself certainly does. 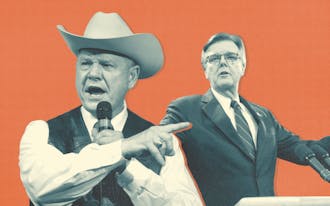 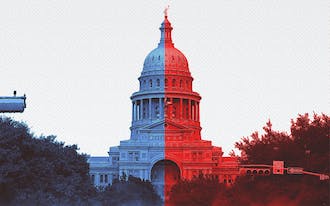 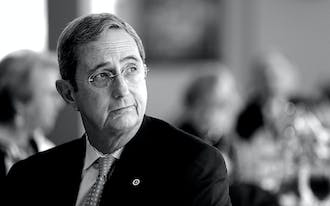