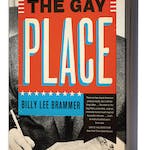 If you’re trying to knock off some last minute summer beach time before the special session begins, you might want some fairly light fare of Texas politics and history. Of course, the first thing long-time Austinites will point you toward is The Gay Place by Billy Lee Brammer. I won’t belabor it, because it is sort of required reading for all new Texas politicos and pundits. Besides, I couldn’t tell the story of the book any better than Jan Reid did in the pages of Texas Monthly in 2001.

One of my favorites, though, is the out-of-print but still readily available The Session by Al Dewlen, a potboiler writer from Amarillo. The novel came out a year before I started covering the Capitol, and it is a portrait of the Good Ol’ Boy legislature, where lobbyists had a corrupting influence and calling Sixth Street the “entertainment district” referred to the massage parlors, not the current avenue of cover-charge night clubs. In a political dilemma that would be hard to imagine now, the Texas Legislature suddenly found itself with a $3 billion surplus and thus ensued a fight over how that money would be spent. In an almost prescient characterization, the protagonist is a freshman legislator named Dave Youngman from the town of Pity Creek: “The haul from Pity Creek to the capital was six hundred twenty-three miles; a far piece, even to the mobile locals accustomed to Texas distances.” A young man named Rick Perry from Paint Creek wouldn’t show up at the Capitol until three years after the publication of Dewlen’s novel. Keep in mind, The Session reflects its era, so not all is politically correct. 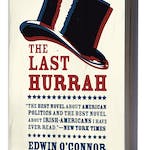 A political novel with only a slight Texas connection that should nonetheless be on everyone’s reading list is The Last Hurrah by Edwin O’Connor. I justify putting it on my list because I gave a copy to Governor George W. Bush when he was running for president in 2000. He fell in love with it and often came to the reporters’ area in the back of his campaign plane to give me an update on the happenings of the main character, fictional Boston Mayor Frank Skeffington. The novel is loosely based on the last boss mayor of the city, James Michael Curley. If for no other reason, The Last Hurrah is worth reading for the chapter in which Skeffington goes politicking at the Irish wake of Knocko Minihan. “I’m not sure all the arrangements would meet with Knocko’s approval, but then of course, when you come right down to it, he’s not really in much of a position to complain, is he?” 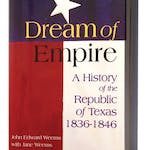 Waco journalist and amateur historian John Edward Weems should be on every Texan’s reading list. There are more than a few books out there on the Texas Revolution, but Weems took us through the next phase of state history with Dream of Empire: A human history of the Republic of Texas. The book tells the story of Mirabeau B. Lamar’s dreams of making a permanent nation of Texas, taking control of Santa Fe with the ill-fated Mier Expedition to drive out the Mexicans. Instead of military triumph, the men of the expedition faced the order that one out of every ten would be executed, giving us the modern phrase, “drew the black bean.” My favorite Weems book, however, is A Weekend in September about the Galveston hurricane that still ranks as the nation’s worst natural disaster. Because Weems researched the 1900 storm in the 1950s, there were survivors still alive to interview directly, allowing him to not only hear their stories but also to feel their fear. The book is a page-turner and short enough that I first read it during a long layover at the Denver airport. Despite snow covering the ground outside, Weems had me hearing the waves crashing into the walls of buildings in Galveston, knocking them down one by one. “Thundering waves beat against the Galveston beach. Daisy Thome, a pretty schoolteacher whose glowing, red-ish-gold hair was indicative of her spirit, watched them and decided she would not go bathing in the Gulf this Friday evening, September 7, 1900. The time was shortly after 6:30 p.m. The sun had just set, but Miss Thorne did not see it; she saw only clouds, which blotted most of the sky from her vision.” 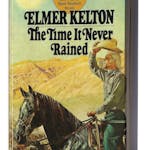 Politics is really about people, and no one captured the people of West Texas better than Elmer Kelton. His novel, The Time it Never Rained, was not just about the grit of a sheep rancher determined to make it through the great drought of the 1950s without taking federal aid. In our modern culture, this novel can give you insight into why West Texas has so consistently voted Republican in the past few decades. Another of Kelton’s novels is built around a kind of economic populism. The Day the Cowboys Quit is based on a true incident in which Panhandle cowboys went on strike in 1883 after corporations and syndicates started buying up ranches in the west, treating the hands like common employees instead of members of the ranching family. Much like the New Mexico novel Monte Walsh by Jack Schaefer, the cowboys in Kelton’s story struggle to stay true to their way of life, but when the new economy pushes them out, some turn to rustling with disastrous consequences.

And finally, to avoid the literary lynch mob, read Larry McMurty’s Lonesome Dove or any of the politically humorous books by the late Molly Ivins. There also are the great personal observations of Texas at the time of the Revolution through early statehood contained in Evolution of a State by Noah Smithwick. This obviously is not a comprehensive list of Texas books. So, please, fill the comments with your own suggestions.

What to Read This Month

What to Read This Month

The Stories of War