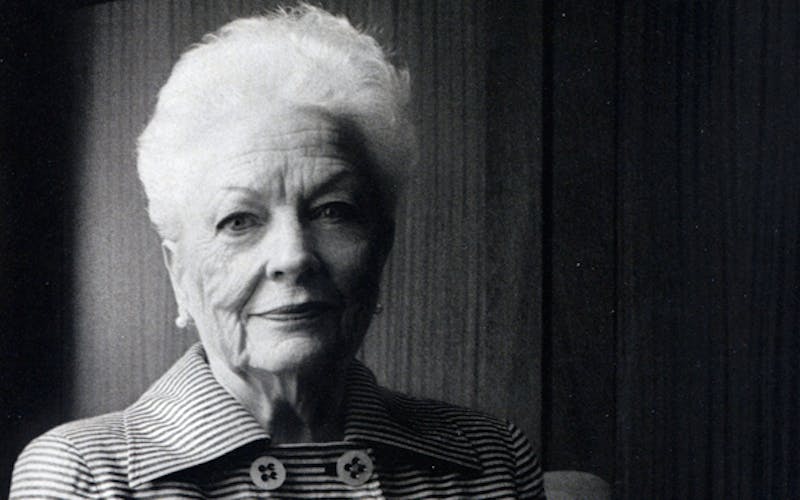 Ann Richards, known for her sharp tongue and shock of white hair, was the forty-fifth governor of Texas. She was born Dorothy Ann Willis in Waco in 1933, the only child of Cecil and Iona Willis. At age nineteen, while attending Baylor, she married David Richards. The couple moved to Austin where Richards worked as a schoolteacher while David attended law school. The family moved to Dallas, where David worked as a civil rights lawyer as Richards raised their four children and held court with other progressives.

“Wherever the couple lived, they formed the center of a charmed circle. . . . Their Dallas home became a haven for the disenfranchised, everyone from carpenters to poets to politicians,” executive editor Mimi Swartz wrote in 1990 during Richards’s first gubernatorial campaign. “Ann, pretty and sharp-tongued, became their star. She could cuss and laugh as loud as any man, and she could argue civil rights as well as she could make tamales.” The family moved back to Austin in the early seventies, and she quickly found her niche among Austin’s liberal Democrats. “Everybody wanted to be with her, around her,” one old friend told Swartz. “You didn’t dare sleep late or take naps because you’d miss something fun.” But while Richard had a charming exterior, she also had her demons. In 1980, after a family intervention, she entered treatment for alcoholism and joined Alcoholics Anonymous. But the demands of politics and her alcoholism placed a strain on her marriage, which unraveled. The couple divorced in 1984.

Richards’s political career began in 1975, when she ran for county commissioner and ousted a three-term incumbent. She quickly took to the office, and would “out-bubba the bubbas by picking her teeth with an ivory toothpick and cleaning her fingernails with a Swiss army knife during commissioners’ meetings,” Swartz wrote. At the urging of former land commissioner Bob Armstrong, Richards ran for state treasurer in 1982, again beating the incumbent. Her political star rose in 1988, when she delivered a winning keynote speech at the Democratic National Convention in Atlanta and became the darling of the Democratic Party overnight. Her speech was peppered with zingers, including her famous line, “Poor George. He can’t help it. He was born with a silver foot in his mouth.”

In 1990 she ran for governor. After giving Jim Mattox a drubbing in the Democratic primary, she faced a tough fight against Clayton Williams, who fell off in the polls after making a rape joke and refusing to shake Richards’s hand at an event in Dallas. Richards had a high approval rating two years into her term, and she enjoyed legislative successes, including the creation of the state lottery and new environmental protections. But her popularity was rooted not in her legislative accomplishments as governor but in “her style and the specifics of who she is: a 58-year-old woman, a mother, a former schoolteacher, a former county commissioner, and a survivor of divorce and alcoholism,” contributing editor Jan Jarboe Russell wrote in 1992.

But by the 1993 session, Richards seemed to have lost her zest. When senior executive editor Paul Burka saw her in the hallways of the Capitol during that session and remarked that she didn’t seem to be enjoying her time there as much as in 1991, she replied “If you mean, ‘Am I sadder but wiser?’ The answer is yes.” Her 1994 reelection campaign against George W. Bush was characterized by that apathy and resignation, and she ended up losing by 500,000 votes.

Richards died of esophageal cancer in 2006. Her daughter Cecile Richards is the president of Planned Parenthood.