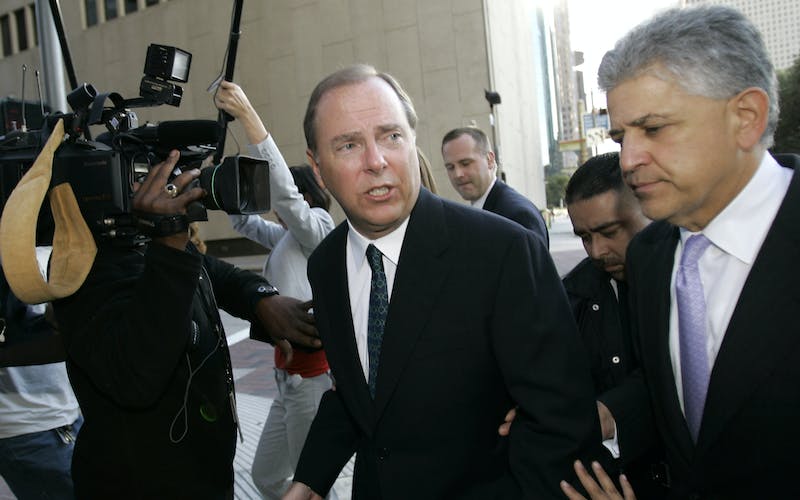 Enron was a Houston-based pipeline company turned commodities and financial services monolith that went bankrupt amid great scandal in 2001. It’s the canary in the coal mine for anyone who wants to understand subsequent US financial crises. And it’s a fun harbringer to study because Enron’s implosion involved nice helpings of sex, corporate intrigue, greed, and stupidity, all of which help the complicated math and nearly incomprehensible lingo go down. Hints of the disaster to come could be found in a short piece on the collapse of the water subsidiary, Azurix, in 2000, followed by our story that ran in November 2001 that detailed the chaos within the company that led to its December crash. As Mimi Swartz wrote in “How Enron Blew it”: “The Enron story reflects the culture that drove American business at the end of the twentieth century. Like the high-tech companies it emulated, Enron was going to reinvent the American business model and, in turn, the American economy. Maybe it was natural that this Brave New World also produced a culture that was based on absolutes: not just the old versus the new, but the best versus the mediocre, the risk takers versus the complacent—those who could see the future versus those who could not. The key was investing in the right kind of intellectual capital. With the best and the brightest, a company couldn’t possibly go wrong.”

With subsequent US economic disasters, we covered the prosecutions of its executives, provided simple explanations for its supposedly complex fall and featured novel updates. We also covered the fate of the Enron Whistleblower, Sherron Watkins, and the premiere of a musical about the whole situation that was a hit in London but less so on Broadway. On the tenth anniversary of the fall of the company, we put Enron and Houston’s relationship to Enron, in context. All told, these selections prove, once again, that when corporate malfeasance meets up with Texas expansiveness, it sure is clear that truth is always stranger than fiction. You couldn’t make this stuff up, and you wouldn’t want to.