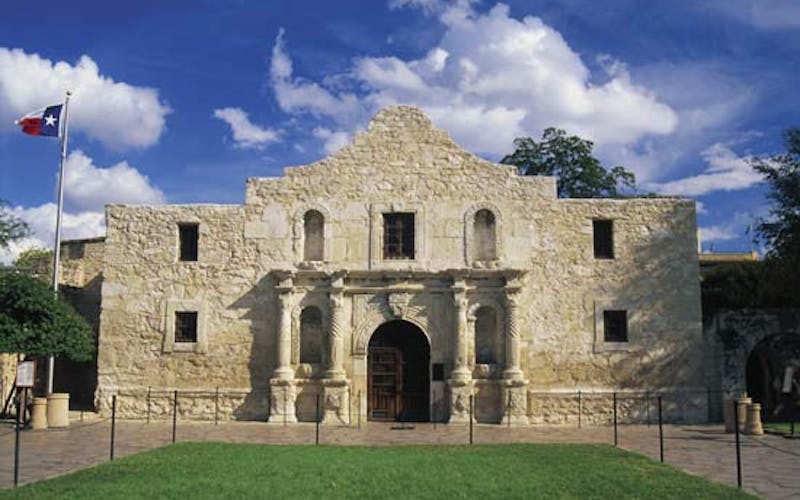 The most famous site in Texas history, the Alamo has been interpreted and reinterpreted by every generation of Texans. The former mission in downtown San Antonio confounds visitors who expect a grand building to match the Alamo’s towering mythology. Instead they are confronted with “a squat and oddly configured structure that is in almost every way inscrutable,” wrote writer-at-large Stephen Harrigan, the author of the celebrated novel The Gates of the Alamo.

In 1975 he wrote about the cheesiness and low-rent Disneyfication of the plaza surrounding our most venerated site and the “reverent shuffle of feet and the whispers of fathers misinforming their children” inside the Alamo chapel itself. Missing from the Alamo experience, Harrigan realized, was any effort to explain what actually happened there and why; apparently it was felt that most people had already seen the movie. He returned in 2000 to find much—though not all—of the nonsense swept away and an admirable effort underway to impart some sense of historical perspective on the events of 1836.

In 2010 Jan Jarboe Russell wrote about the politics of preserving the Alamo—not only the fort itself, but the myth surrounding it—a job long held by the venerable Daughters of the Republic of Texas.

But the one man who knows more about Alamo arcana than almost anybody else is Phil Collins—yes, that Phil Collins—as John Spong revealed in a 2012 story that featured one of the all-time great Texas Monthly story titles: “Come and Take a Look at Me Now.” Read it again. Then read the story, because it just gets better from there.