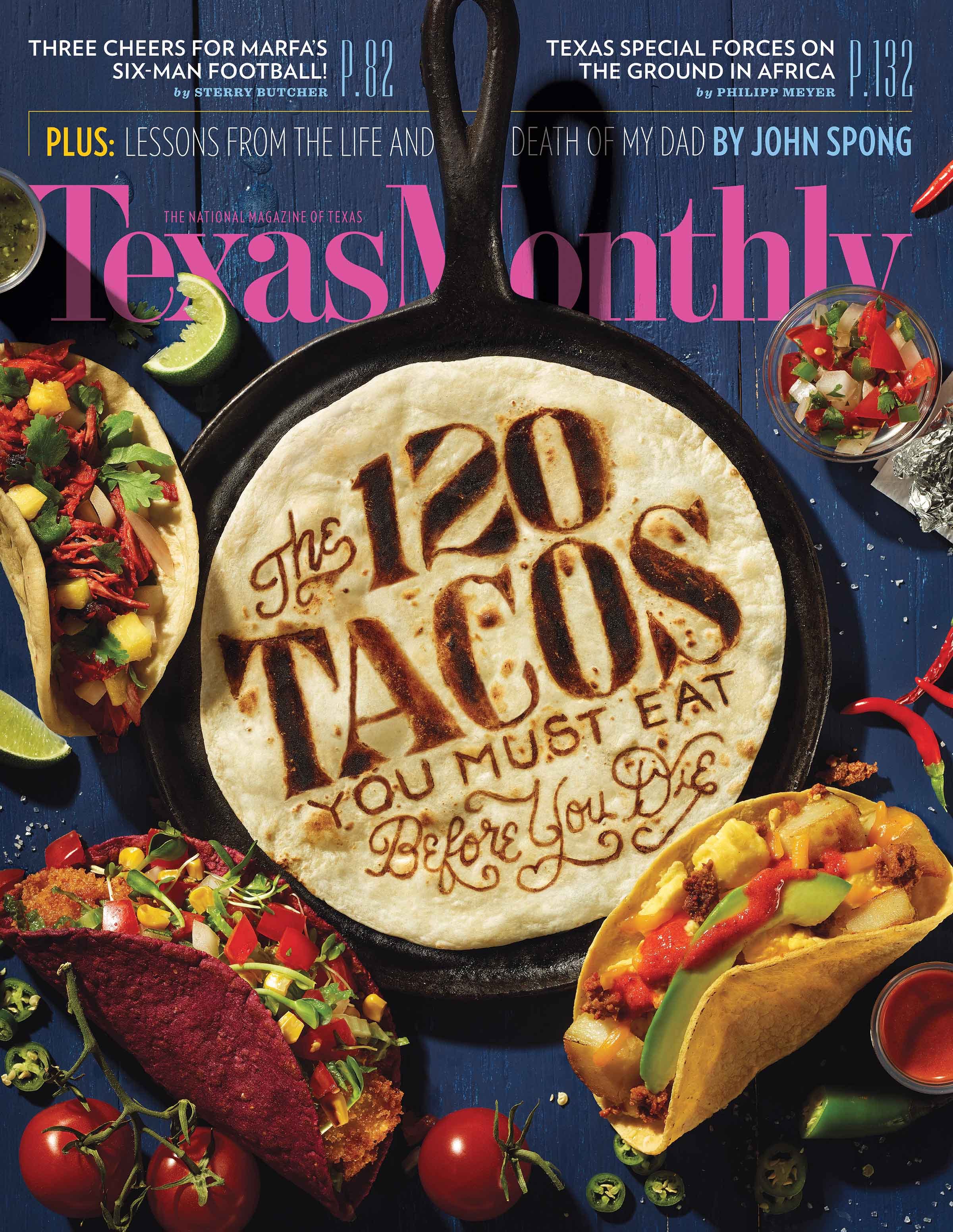 The only thing better than looking at our delicious December cover, which was photographed by Adam Voorhes and will be on newsstands next week, will be eating the tacos that we declared to be the best in the state.

Does 120 seem excessive? Not for our thirteen-person taco team, which fanned out across two dozen cities, eating more than a thousand tacos over a period of four months. As we write in our intro, “Has there ever been a better time to declare our devotion loudly, and with gusto, to these tortilla-wrapped muses?”

You’ll have to get your hands on an issue to see the entire list, but it wouldn’t feel right not to give a shout-out to the top ten tacos in the state, which received a perfect ranking (yes, we used an official scorecard for all of our eating, which we kindly included in the issue for your use). Here’s the list of our top tacos, which should be more than enough to get your mouth watering for the weekend: