Attention Dallas foodies: Bowery – an upscale hot dog restaurant on McKinney Avenue – is opening its doors to the public today. The restaurant’s menu includes a host of American classics, such as an upscale Korn Dog and a spicy Chili Kicker, with a number of global renditions as well, such as a Royal Wagyu Dog and a Banh-Mi Dog. These savory handheld edibles will come partnered with a menu of beer and champagne cocktails, including a Basil Shandy and a Champagne Sangria. Richard and Tiffanee Ellman of Oak and John Paul Valverde of CampO Modern Country Bistro worked together to create Bowery’s unique, refined dog concept. The trio of restaurateurs talked with TEXAS MONTHLY about morphing a classic fast food into upscale cuisine, the Dallas’ culinary scene, and the story behind their new restaurant’s name. 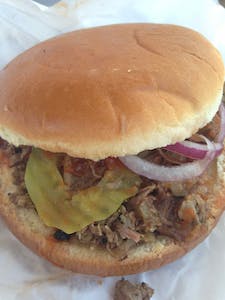