The Austin Food & Wine Festival has officially commenced, and hoards of cooks, chefs, boozers, and devourers have descended upon the up-and-coming foodie city. This morning was off to a sizzling start with Tim Love‘s 200+ grilling demo, but off to the side, another famed chef was demonstrating her version of light Texas cuisine, sans the meaty New York strips and savory skirt steaks.

Canadian-transplant Gail Simmons‘ cooking demo Cowgirl Cookin’ featured Texas-friendly cuisine with a focus on lighter foods, including mussels and biscuits. She started off her demonstration with a heavy-bottom pan steaming seven-minute mussels with Shiner Bock, shallots, garlic, lemon zest, orange and lemon juice, and fresh thyme. The Top Chef judge provided tried-and-true cooking tips, such as using wooden utensils, how to detect a “dead mussel,” and the difference between a light sizzle and a detrimental burn. Her soft cheddar, chive, and maple bacon biscuits and bread-pudding-esque peach skillet pudding finished off the one-hour cooking demo. Simmons sat down with TEXAS MONTHLY after her demo to talk about the her cowgirl cookin’, her new book, and how she stays so fit as a “professional eater.” What was the inspiration for your cooking demo? Today’s demo was called Cowgirl Cookin’, and even though I ain’t no cowgirl, I have spent some time in Texas and was really inspired by the food I saw when I was shooting Top Chef. I knew this weekend there would be a lot of men and a lot of meat, and I honestly didn’t want to follow Tim Love. I was thinking of how I could use the flavors of Texas but make it a little more feminine and lighten it up a bit. How did you go about planning the dishes? The recipes were variations of things I’ve cooked before that I liked to cook. I wanted to make them home-cook approachable, and I wanted it to be really light. You get enough of the heavy, big meats in Texas. I wasn’t going to make Texas barbecue and ruin three-hundred years of tradition. I wanted to make it my own. I wanted to get Texas in there, though, like using the skillet for the peach pudding. You mentioned at the end of your demo how you get asked about not gaining weight. Tell me about that life as a professional eater. It’s weird to have to eat for a living and do it publicly on television. Women are so judged and there is so much pressure to be thin, but I have to eat for a living; so the question is how I do my job but also feel good about myself especially when there are thin models on the covers of magazines and on the screens of televisions. The first thing is not to think too much about what other people think. The second thing is to learn how to take care of yourself. And, of course, exercising and eating healthy. I eat a lot of food, especially when we are taping, but I do tastings. I don’t clean my plate. I take two to three bites and that’s it. I love to eat food, but I do it with my health in mind, and if that means I need to work out and eat small portions, I’ll do that. I love what I do too much to give it up. Explain your book Talking With My Mouth Full and why you decided to do a memoir instead of a cookbook. When I started thinking about writing a book, a cookbook came to mind because that’s what everyone does for their first book. But then I started thinking, “What do people want to hear from me?” I started gathering questions that people would ask me, but what I realized were these questions weren’t about what to make for dinner. There were plenty of books about one-hundred recipes, ten dollars or less, or twenty dollars or less. The questions I was asked were “How did you get here? Why are you on my television? How did you learn to cook? How did you get on Top Chef?” So that’s why I decided to write a memoir and this is how Talking With My Mouth Full came about. Did you look to other culinary memoirs for inspiration? A little bit. I tried not to read too many because they’ll be stuck in your head, and you want to tell your own story. I read modern memoirs from women I admire, like Gabrielle Hamilton’s Blood, Bones & Butter, Tina Fey’s memoir, Ruth Reichl‘s books, and obviously, M.F.K. Fisher’s books, which set the stage for food writing. 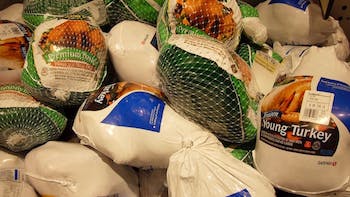 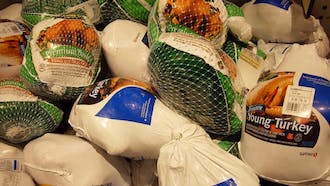 Check Out These Pumpkin Dishes from All Around Texas