As if buying a Texas town wasn’t enough, restaurateur Doug Guller is at it again. The hospitality mogul plans to open Chicago House, a craft beer-focused bar, on January 23 at 607 Trinity Street in Austin. 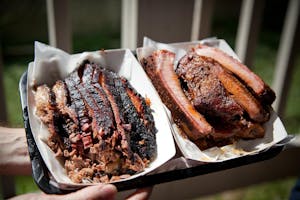 According to the press release, “The bar will feature an extensive collection of craft beers and will be a premier destination for a choice micro-brew on the most popular street in Austin. The space at 609 Trinity Street, home to Flashpoint Recording Studio since 1989, will be renovated into a comfortable lounge with a rooftop overlooking Sixth Street.”

“We’re excited about bringing this concept to the East 6th Street neighborhood,” Guller told TEXAS MONTHLY. “We’ve restored a beautiful, historic building on Trinity Street that captures the feel of an American craft ale house. We’ll have two cask ales, along with 18 other unique offerings from all over the U.S. We’ll be introducing new beers weekly, maybe even some daily!”