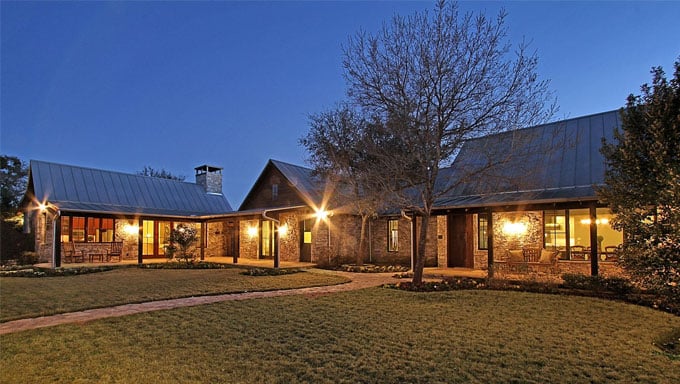 If you’re familiar with Texas wines, you’ve probably heard of Fall Creek Vineyards. Not only is it one of the oldest wineries in the state, dating back to the late seventies, but restaurants and retail outlets across the state keep their bottles in stock. But with its relatively isolated location in Tow–a small community near Lake Buchanan and more than seventy miles northwest of Austin–most foot traffic out to the winery has been confined to weekend road trippers and wine club members out for special events around holidays.

But kind of like everyone else drawn to the glow of Austin, Fall Creek owners Ed and Susan Auler are moving a bit closer to the city. The winery plans to celebrate its fortieth anniversary by opening a tasting room and production facility in Driftwood. Their new place is going to be located directly across from The Salt Lick, one of the state’s most famous barbecue joints.

“[Salt Lick owner] Scott Roberts introduced me to Driftwood more than twenty years ago,” Ed said. “It’s an area we’ve become more a part of since we’ve sourced many of our grapes from the Salt Lick Vineyards. It made sense for us to have a better connection with the grapes we’re using, and we’ve been waiting for the right opportunity to present itself.”

That opportunity came this past May when Ed learned that a seventeen-acre plot of land just across the street from the Salt Lick–complete with access to Onion Creek and a modern Hill Country home–was available. He bought the property, and is now working on converting the onsite house into three wine tasting areas. He’s also adding a patio and several lounging areas for guests.

During a preview tour of the property, some of Fall Creek’s newest wines were served for a tasting. They’re the lastest additions to the winery’s portfolio, courtesty of winemaker Sergio Cuadra, who joined the team last year after Fall Creek launched a nationwide search for the position. Among them was an experimental Chardonnay, something Cuadra concocted last year, literally hours after he initially arrived to his new job. He gently pressed the grapes and had them put straight into new French oak barrels to ferment just so he could see what would happen. During a first tasting of the wine last year, it was young and creamy with bright acid and pleasant orange, lemon-zest, and faint melon notes. Now, with more than a year of aging in the single barrel it began in, the wine shows a greater depth of maturity with a fragrant nose of orange blossom, ripe pear, and subtle vanilla. On the palate, the wine was alive with racy acidity, broad citrus notes and a lingering finish. The pleasant reception of the wine is great news for the winemaker’s first project with the winery, but it’s unfortunate there will be a very limited quantity available once it is bottled.

For Cuadra, the Chardonnay was more of an experiment than anything else. Not having worked with the Texas climate and with Texas’ diversity of soils, he was curious to see just what Chardonnay, a typically cooler climate grape, could do. “It’s amazing that we’re not seeing heat damage to grapes in the same way we would see it if a place like California had temperatures above 100 for a few days,” he said. “Here, grapes seem to have adapted to the extended heat in our summers. The difference that I’m seeing is that the plants just have to work a lot harder and faster to get their grape chemistry to the right levels, which is why we tend to finish our harvest season before anyone else.”

“No one in the international sphere is going to back up planting Chardonnay in Texas. I never would have. But then you have this. How do you explain this? I’m amazed at how flexible and adaptable these vines are and at the quality of grapes they can produce.”

The new tasting room and facility in Driftwood will open to the public in early 2015, and Fall Creek plans to plant five acres of vineyard on the property within the next year.