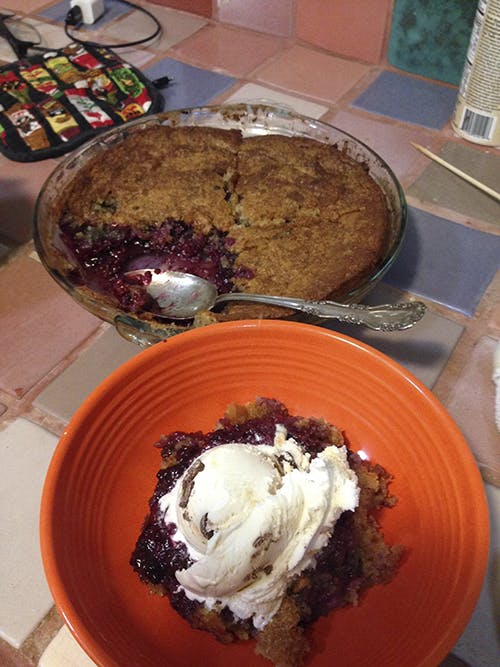 The second annual Texas Monthly BBQ Festival was held Sunday, October 30, at the outdoor terrace of Long Center in Austin. Some 3,000 people attended to sample barbecue from 22 vendors (all of whom had been named to our Top 50 Barbecue Joints in Texas in 2008), listen to music (Jimmie Vaughan and Asleep at the Wheel), and vote for the people’s choice in four categories. The prizes were won this year by Franklin Barbecue of Austin (best brisket), Louie Mueller Barbecue of Taylor (best beef ribs and best sausage), and Stanley’s Famous Pit Bar-B-Q of Tyler (best pork ribs). Last  year’s best brisket winner was Snow’s BBQ of Lexington. Here are some random observations from an assortment of well-fed attendees. It’s kind of like drinking from a fire hydrant. There is so much here!—Seth Dockery This is Texas, so the temperature could have been 40, it could have been 95. But today was perfect.—Jen Pencis, Stanley’s Famous Pit Bar-B-Q, Tyler Cooking’s easy. The hardest part is figuring out the amount of meat. –Todd Ashmore, Opie’s Barbecue, Spicewood This event is definitely off the ground. Yesterday I was telling people I was in town for the barbecue festival and everybody knew what I was talking about. Last year they had no idea.—Daniel Vaughn, Full Custom Gospel BBQ blog I’m wearing a costume because I’m going to a Halloween party later. I’m “Julius Pleaser.” I had Snow’s brisket. It was like eating butter.—Tim Lucas (dressed as a Roman gladiator, with sunglasses)

That man looks like the Hero of Meat! Are you writing down what I said? I’m famous!—Madeline Sweany, age 8 I met a guy from Ithaca who flew in, and he’s been to half the places. He grew up in Houston and had on a T-shirt that said “I [heart] BBQ.”—Bud Kennedy We’re doing a molar-to-molar comparison of Franklin’s and Snow’s brisket. See, I’ve got a little piece between my teeth right now.—Chula Sims You really need a bloody mary with barbecue.—Larry McGuire, Lamberts Downtown Barbecue, Austin Franklin’s espresso barbecue sauce made my eyes roll back in my head it is sooo good.—Sita Guillot People are still spending for barbecue. It may be the last thing in the economy to go.—Chula Sims Snow’s is amazing. Tootsie [the pitmaster] signed my bottle of sauce. Look at it!—Scott Sivori I’m not sure what I’m in line for.—Noel Sanchez (one-hundredth person in line for Franklin’s) Franklin Barbecue is right around the corner from where I live but every time I go they’re sold out.  So I came today thinking, at least I can get some Franklin’s. And when I get up to their booth, they’re sold out!—Brian Perkins We came for this and the football game. Actually, we came for this. The game was just a bonus.—Cristina Rodriguez God. We’ve hit ten booths. That’s almost half. We’re taking home all the leftovers. I bought a tote filled with Ziploc bags, Maalox, Advil, and dental floss. Hey, Maalox should be a sponsor for you guys. [Imitating a Maalox ad:] “After twenty-three booths, you should stop by our booth.” And you need a massage booth. And a nap booth! You could charge $15 for fifteen minutes—little power nap and you’re good to go again.—Chris Maxwell-Gaines and Carlos Guerra, Austin (sitting on the floor, leaning against a wall) A friend told us he gave his dad tickets to the festival, and they both flew in from Philadelphia.—Shelly Seymour (After hearing that they won people’s choice for best pork ribs:) We had a really bad start. The pit wouldn’t hold the temperature, the warmer broke, the meat on the pork ribs was not cooking till it fell off the bone. It was hard to make that volume of food because the guys want every rib to be perfect. But the people in the booth next to us helped us out. It’s about that brotherhood of barbecue.—Jen Pencis, co-owner, Stanley’s Famous Pit Bar-B-Q Sheesh!—Nick Pencis, co-owner, Stanley’s Famous Pit Bar-B-Q, Tyler At Texas A&M we have a course we teach for the public developed with Foodways Texas called the BBQ Summer Camp—we did it for the first time last year and it filled up in no time. People gave it as a Christmas present! We taught everything from brisket to a whole hog. It will be June 8–10 this year.—Davey Griffin, PhD, at the BBQ Genius booth run by Texas A&M Meat Science profs and students Before I took the freshmen course in Texas barbecue at A&M I would always cut off the burnt ends. Now I like them the best. (Pauses.) I think my parents told me they weren’t good so they could have them!—Taylor Adcock We started smoking around 11:30 last night and brought them here today. We’ve cooked about thirty briskets; that’s maybe 190 pounds. I heard about another pit that just cooked ten briskets. I’ll spend a couple thousand dollars coming up here. —Kerry Bexley, owner, Snow’s BBQ, Lexington I came with a friend but I’m a vegetarian. I ate a lot of fried pies.—Sarah Sedenquist I gave away my last piece one minute ago [at 3:59 p.m.]. We cooked forty-three briskets and I think we served more than two thousand samples.—Stacy Franklin, co-owner, Franklin Barbecue, Austin Y’all need more desserts. – Seth Dockery