Despite looking a little dubious about the whole prospect and confessing that he gets seasick, Qui took home the Acqua Panna & S. Pellegrino Young Chef of the Year 2013 Award at the thirteenth annual edition of the San Pellegrino award contest.

His winning dishes were cured local mackerel with compressed tomato seeds, tomato dashi, candied olives, and basil; and chawan mushi, an egg custard steamed in a prosciutto-rind dashi with langoustines, local peas, and ovoli mushrooms and a salsa of white peaches, coriander, and tomatoes.

Qui is the co-founder and chef/owner of two locations of East Side King (a food trailer and a restaurant) and his latest restaurant, Qui (which is opening on June 20). He was the winner of Bravo’s Top Chef season nine and received the 2012 James Beard Foundation’s Best Chef Southwest Award. He was the executive chef at Uchiko in Austin at the time he won these awards.

Read an interview with him by Texas Monthly editor Jake Silverstein here.

The press release from the contest states: “The S.Pellegrino Cooking Cup is a unique culinary challenge, combining a cooking competition and regatta. Here’s how it works: Each chef, representing a different country, is on a boat. While sailors and skippers are racing from Malamocco to San Giorgio Island, the chefs execute a dish which will be judged by an esteemed jury of renowned chefs. At the culmination of the regatta, the jury scores each dish, combining this score with that of the dish prepared the prior evening at the Young Chef of the Year dinner to determine the winner.” 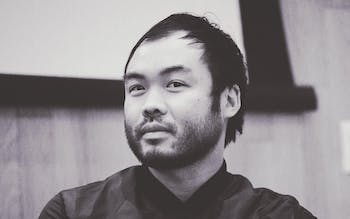 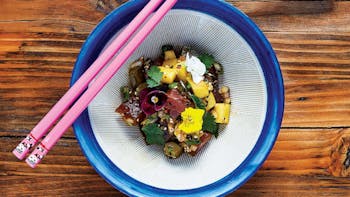 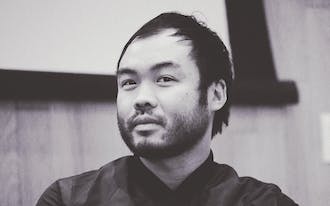 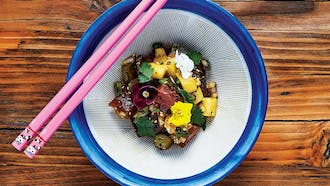 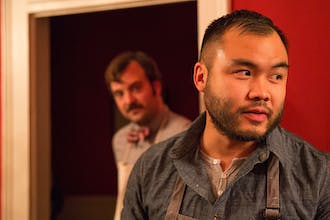 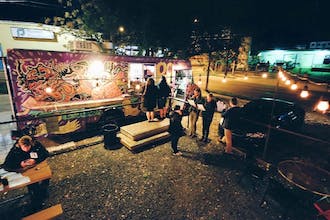