We heard the rumors that the show was coming (and that producers tried to shut down tweets about it). We’ve read about the state tax breaks and the lawsuit and the omission of our biggest (and completely food-rich) city, Houston. Now the day is finally here: Top Chef: Texas, the ninth season of the cooking competition show, premieres tonight. All the episodes will take place in Austin, Dallas or San Antonio; Paul Qui of Austin’s Uchiko and Andrew Curran of Austin’s 24 Diner are among the 29 “cheftestants.” “Everything is bigger in Texas,” writes TV Guide. “And that includes Top Chef.” It also includes all the Texas cliches that we’ll be seeing on the show (“Saddle Up,” says one of Bravo.com‘s pop-up ads) and in the coverage of it. The premiere (and eight of the season’s 14 episodes) takes place in San Antonio, which, as the Express-News‘ Jennifer McInnis notes, anted up $200,000 to the show’s producers via its Convention and Visitor’s Bureau (the state provided twice that). Give the producers points for wit, however: the season will feature Pee Wee Herman, whose Pee Wee’s Big Adventure took him to the Alamo, as a guest judge. And that particular setting is probably appropriate given that the 29 competitors will shrink to 16 by the end of next week’s episode. “It’s going to be quite a slaughter there,” says Eater Austin, while the Los Angeles Times compared the rapid cut-down to “[Rick] Perry and his state’s tough stance on final justice.” 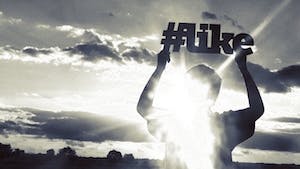 Addie Broyles of the Austin American-Statesman talked to Qui (left) and Curran, as well as the show’s co-host Padma Ladshmi. “It gives me a huge sense of pride to try to represent Texas,” Qui told her. “At the same time, it gives a lot of pressure.” Broyles also writes that the infamously slender Ladshmi “said portion sizes were definitely as big as they were reputed to be….” But the Express News’ McInnis found that head judge and New York City restaurant chef Tom Colicchio had high praise for the Texas food he and the other judges ate that wasn’t about beef or bigness, including their visits to Monterey in San Antonio and Barley Swine in Austin.

“You go to Barley Swine or Monterey, it’s just good food that is kind of global food that you can find in large cities and in small cities,” Colicchio said. “I think those chefs are doing more to dispel that notion of ribs and meat than anything that we can do on our show.”