The luminaries of Texas barbecue are justly revered—from Lockhart’s century old Kreuz Market, to Taylor’s estimable Louie Mueller Barbecue to the ever-popular Cooper’s Old Time Pit BBQ in Llano. For the BBQ dabbler these names are familiar, but their pitmasters may as well be Hollywood celebrities to the smoked meat enthusiast. There is little more that can be added to their exaltation, but what about those hard working pitmasters whose toils aren’t lit by the same spotlight? Demand is so high for the offerings of the Texas all-stars that most of these towns have a few other joints to serve the hungry locals. These places may put out good, even drive-worthy barbecue, but they are destined to remain in the shadows, always obscured by the thousand-pound gorilla down the block. They are as Scottie Pippen was to Michael Jordan and Andre Agassi to Pete Sampras. But remember, Pippen and Agassi had game. Some of these joints have been recognized for their well-smoked meats, and most are known to the serious BBQ hound (as defined by his or her willingness to eat more than two lunches in a single day), but for average tourist these restaurants will rarely win out over their more famous counterpart in the same town. That’s too bad. My advice is, when BBQ-ing, to always consider multiple (small) meals in quick succession, and to make these particular joints your second or third stop while in any of these hallowed barbecue towns. 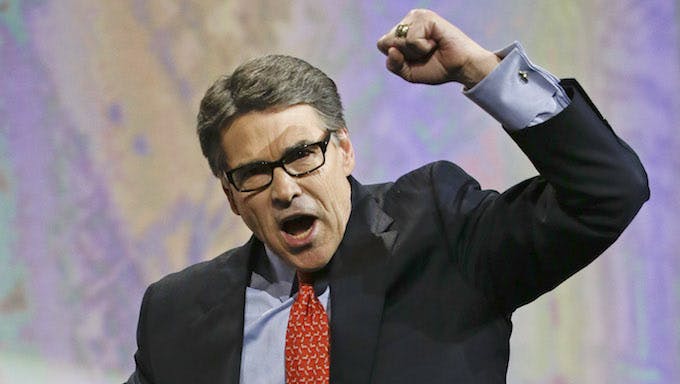 Chisholm Trail, Lockhart “Starting a barbecue place here was like putting a ballpark across from Yankee Stadium.” These are the words of owner Floyd Wilhelm on his decision to open Chisholm Trail Bar-B-Que in Lockhart, home to three legendary joints, Kreuz Market, Smitty’s Market, and Black’s. Wilhelm worked at Black’s before opening the doors here, and over thirty years later his son Daniel does most of the cooking. They do many of the same things their more popular competitors do down the street like making their own succulent beef and pork sausage and smoking their meats in an all wood-fired smoker. They also change things up a bit by offering a wider menu of main courses and a large salad bar. This helps Chisholm Trail stay popular with the locals as evidenced by them winning the title of Best Barbecue in Caldwell County in a reader’s poll conducted by the local paper. 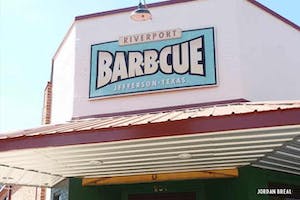 While not as heavily visited as their counterparts in town, second-generation pitmaster, Daniel Wilhelm, says they get their fair share of out-of-towners. “It’s about eighty percent tourists and twenty percent locals on the weekends” quoting the results of his unscientific polling, “but it took us thirty years to get here”. On any given day they can put out thick slices of smoked brisket and giant spare ribs that are as good as what you can find at Smitty’s, Black’s or Kreuz Market, but some people see the cafeteria line and the fresh salad greens as a turn off. Something’s going right since they have been doing it since 1978 despite rumors in past years that they’re considering selling the joint. According to Daniel, “This place is not for sale.” I can tell you from personal experience that Chisholm Trail is worth a visit, and shouldn’t remain an afterthought in your barbecue travels. Chances are it would be the best barbecue in your town. Luling Bar-B-Q, Luling Local star City Market is a strict adherent to traditional meat smoking. Only wood heats the pits, the three available meats on the menu are piled high onto butcher paper, and the scant selections of sides go no further than potato salad, beans and a few slices of cheese. It’s a different world across the street at Luling Bar-B-Q where no fewer than a half dozen meats are smoked in modern gas-fired rotisserie pits. Peppered turkey, smoked chicken, pork tenderloin and baby back ribs (in a region where spare ribs are ubiquitous) are offered alongside the brisket and sausage. Sides varying from broccoli salad to macaroni & cheese can be had in addition to Texas standards like beans and slaw, and they all come on plates instead of a few layers of butcher paper. This is the place for a well balanced meal rather than the carnivorous feasts that usually happen across the street. Orders are placed at the counter, but there’s rarely much of a line even on Watermelon Thump weekend in late June. Owner Lee Chambers is undeterred. “They don’t hurt our business here.” He says of City Market “We hold our own.” Like Chisholm Trail just fifteen miles north, they rely on the loyalty of the locals. Chambers says they also get plenty of tourists as well. It also doesn’t hurt that the bright yellow lettering on the barn red building can be easily spotted from City Market, especially if the line’s out the door. Taylor Café, Taylor This ramshackle wooden building lies in the shadow of the concrete bridge spanning the railroad tracks in the middle of Taylor. Chances are a traveler will have passed the more well known Louie Mueller Barbecue on the main drag before making their way to a barstool here via the creaking screen door. Vencil Mares has been the pitmaster here since 1949 and he has put his signature on the place with items like his special recipe turkey sausage and smoked brisket that comes from years of experience. I talked with Vencil and pitmaster Scott Morales about what it’s like having Louie Mueller down the street. They both agreed that it’s good to get barbecue tourists into town, and they’re starting to see more of those tourists themselves. They also hold their own quite well in impressing the locals. As Scott noted “For the past two years we’ve been voted best Williamson County Barbecue.” It’s not as if Louie Mueller gets all the love in the press outside of town. Many barbecue hounds that I know will make Taylor Cafe their first stop in Taylor for smoky and tender brisket covered in the homemade sauce, and the quality of their ribs is usually mentioned by anyone I steer in their direction. Vencil is also a treasure trove of Central Texas Barbecue history, and is usually in the store for anyone who wants to chat. His longevity is staggering considering that Louie Mueller is on its third generation pitmaster, and they both opened the same year. With Scott around they show no signs of slowing, so stop in and give their meat a shot. As Scott says “The doors are open seven days a week.” Davis Grocery, Taylor

As owner, pitmaster and ordained minister James Davis says “we can feed you good barbecue and feed your soul.” He is known for preaching as he cuts your order in this tiny metal building south of the railroad tracks. If Taylor Café plays second fiddle in this town of 15,000, then Davis Grocery plays third. When asked about how the other famous joints affect his business, he takes a higher minded attitude saying “I get everything God wants me to have.” Evidently God wanted him to have a deft hand with the smoker as well because his meats are fabulous and inexpensive. Brisket slices are thick and juicy while the ribs soak up that mesquite smoke (uncommon in the post oak territories of Central Texas) and cough it back up with every bite. In addition to mesquite wood, smoked mutton and fajitas are other specialties that James uses to separate himself from the competition. I guess there are enough folks out there who have acquired a taste for old sheep, but I’m not one of them. In speaking of his competition, James doesn’t understand how they run out of meat every day. He simply adds more to the smoker if he expects demand to stay steady that day. While stopping short of calling it a ploy, he does note that there is an increased demand at the other joints if people feel like the meat may run out if they don’t get there early. He serves meat until closing time regardless, so if you can’t get that beef rib from Louie Mueller of the turkey sausage from Vencil, then make your way across the tracks and James Davis will hook you up. Laird’s Bar-B-Q,  Llano Across town, Cooper’s Old Time Pit BBQ may be the ‘Home of the Big Chop’, but at Laird’s you’re at home. A small house has been converted into one large dining room and orders are still put together in the old kitchen by Esther Laird. Esther’s husband and pitmaster Kenneth Laird once worked at Cooper’s which is where he learned the techniques for taming the hot mesquite coals to cook barbecue with direct heat. 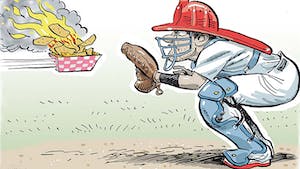 During one visit, I was given a short tour of the pits from Mr. Laird who was a man of few words until I mentioned ‘smoking’. I was quickly and sternly corrected that the meats here are not smoked, they are cooked. What is amazing is just how similar the flavor of the meat is to the more famous Cooper’s. A heavy salt rub provides a punch and the fat dripping on those coals hisses up a steamy concoction that permeates both brisket and ribs. Steaks are also served, but only on Thursday and Friday nights to help increase the traffic, but the main advantage here is no standing around in line like at Cooper’s. As Esther puts it “When they [Cooper’s] are full, the people come here.”

Esther also takes care of the rest of the menu with homemade sides and desserts. She said Laird’s continues to add specials and new menu items to keep things interesting for the locals, which make up the bulk of their customers. It’s not just Cooper’s they have to worry about either. Being in a small town is tough because they have to fight for the local business from all restaurant types. Laird’s also tries to differentiate itself by staying open on Sunday which is a rarity for Texas BBQ joints, especially family run ones. As Esther notes even this is starting to lose its originality – “Now, everyone opens on Sunday.” There are many more, but these are the first joints that come to mind when I think of the unjustly overlooked places on the Texas BBQ map. You should take them as evidence that just because a barbecue joint doesn’t get all the press doesn’t mean it isn’t a legitimate second, third, or even first lunch option. Get out of your comfort zone and explore those towns or regions whose barbecue you may think you’re familiar with. Expand your smoked meat horizons as your next favorite joint may be the one you passed on your latest smoked meat sojourn. -DANIEL VAUGHN

The 8 Best Vegan Quesos in Texas