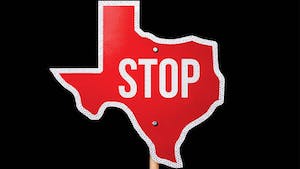 Attention, Austin foodies. You know that Thai restaurant that’s being built across from the Elizabeth Street Café by the La Condesa people? The one we’re all watching slowly rise from a vacant lot seemingly forever? Two of the most pressing questions about it have now been answered: The restaurant’s name will be Sway and it’s opening late this summer. That’s sway, as in “beautiful” or “pretty” in the Thai language. More to the point, it means “delicious” if you’re talking about food. The other day co-owner Jesse Herman and executive chef–partner Rene Ortiz threw a small sneak-peek tasting party. Afterward, Herman led a walk through the new digs (still a work in progress), which are being designed by Austin architect-of-the-moment Michael Hsu. The space, which seats 150 inside and out, is like nothing else I’ve seen in Austin. The kitchen is literally part of the dining room, like a theater in the round. All the seating is at community tables and counters, and the walls and furniture are made entirely of mahogany. By my rough estimate, the kitchen takes up nearly a third of the interior space. In fact, diners can even eat in the kitchen at a stainless-steel “chef’s counter.” Given the openness, Herman admitted he might need to ask the cooks to watch their language. (We can all imagine that speech: “No F-bombs! None! Ever!!”) Guests who don’t book the coveted chef’s counter will dine at the massive community tables throughout the dining room and at the counters that line the plate-glass windows looking onto the garden. (So get used to chatting with strangers, à la Barley Swine.) Except for the curvy counter chairs, all the seating will be benches. The custom-built tables are so massive that it takes four or five men to move one. Maybe it’s all that wood, but the whole time I was there I kept thinking, This reminds me of a den. I know it’s based on the traditional Thai-style lanna house, but to me it felt like a large, exotic, comfy den. But enough about the space. What about the food? As anyone who’s eaten the interior Mexican cuisine at La Condesa knows, Ortiz takes considerable and tasty liberties with traditional recipes. Sway will be no different. A sampling of six dishes from the fifty-odd on the menu was notable for completely avoiding the sweet, spicy, coconut-milky profile of so many Americanized Thai restaurants. Pad kweitio, for instance, was a mélange of soupy wide rice noodles topped with great crisp pork belly, purple Japanese eggplant, cilantro, and the aromatic herb known as holy basil. Another, incorporating Chinese ideas, was a gorgeous heap of salt-and-pepper lobster that came to the table in its shell (cut into manageable pieces, thank goodness), tossed with fermented black soybeans, cayenne, and a blend of sea salt and pungent powdered Sichuan peppercorns. Many aspects of Ortiz’s approach come from having lived and worked in Sydney, Australia, for several years, under well-known modern Thai chefs. In that country, much of the restaurant workforce comes from Thailand and Thai restaurants are as commonplace as Mexican restaurants in Texas. In an odd but happy coincidence, both of La Condesa’s owners, Herman and Delfo Trombetta, had lived in Thailand , where they too were exposed to the contemporary Thai cooking. As at La Condesa, desserts will be provided by executive pastry chef Laura Sawicki, recently named one of Food & Wine’s best new pastry chefs in the United States. Going even farther afield, her creations use Thai flavors basically as a jumping-off point, like her bracing affogato with Thai tea and tapioca pearls on ice cream, or her cashew fudge brownies lavished with chocolate mousse, honey-tinged popped amaranth grain, maldon sea salt, and dabs of miso cashew butter. Hiring for the kitchen and front of house should start in a few weeks. If all goes according to plan, Sway will be open in late summer, and you’ll never feel quite the same about plain old pad thai again.   (The address is 1417 S. First.  Sway will be open for both lunch and dinner seven days a week.)