Moments after Tim Love’s late-afternoon announcement on Jan. 31 that he would open his long-awaited Fort Worth restaurant, Woodshed, that evening–a day earlier than anticipated–the indoor-outdoor smokehouse with a worldly menu of wood-fired foods was instantly swamped with hungry, thirsty patrons. Situated on the banks of the Trinity River, close to TCU and the Cultural District, Woodshed is Love’s fourth Cowtown restaurant. Stacks of pecan, hickory, mesquite, and oak keep the smokers, stoves, and heaters going and the air fragrant, and plenty of adult beverages keep the crowds lively. We asked him to fill us in on some of the fine points. Q: Have you figured out what to call this style of cuisine yet? A: No, I still don’t know! Y’all are supposed to do that, coin a phrase. It’s not barbecue like we think of barbecue. Some people have suggested global barbecue, but it’s more than that. I like to call it my backporch food, because it’s stuff I’ve been doing at home for family and friends for a long time. Q: How did you start cooking with so many different kinds of wood? A: I’ve done it since we opened Lonesome Dove, but I really started doing it when I began cooking on the road so much, probably five or six years ago. I knew I was formulating something, the next restaurant, but I wasn’t sure what for a while. I just knew I loved cooking without electricity. Q: What’s been the biggest challenge in producing this menu? A: Getting the ingredients I want. We have bought out North America’s supply of baby artichokes in the past week! We went through 22 cases in our first four days. And our green bean dish has miso flakes, and I realized we were going to have make our own because there’s not enough to buy here. Q: What in the meat world has been the most fun to do? A: Perfecting the beef shin has been a real process. We’ve probably done 250 versions over the past six or seven months, trying to get it just right. We’ve smoked it and braised it and have done I don’t know how many variations. The guys at [the meat processing supplier] thought I was just crazy. But working with the whole animal is really fun. You learn so much every time out. Q: What do you think has been the biggest surprise for guests at Woodshed?

A: I’m selling the hell out of the bulgogi with kimchi; people are really warming up to it, probably because it’s inexpensive. Some people tell me they don’t know what it is but they love it. Q: How are those big-ticket items doing? Are people understanding that the $90 bistecca florentina with crispy potatoes is for the whole table? A: It’s starting to catch on. It’s up to the servers to sell it, explain it. People are coming in and sticking their toe in, ordering smaller, inexpensive things, then they’re coming back and going for the bigger stuff. It’s getting better by the day. Q: How is that Skinny Chicken Sandwich (grilled camp bread with seasoned, fried chicken skin, fresh mayo, watercress and shaved red onion) selling?

A: Girls order it because they think it’s a skinless chicken breast and then they say,’Ohmigod, I ate chicken skin?’ But the guys dig it! It’s so good. Q: Are people liking the wines on tap and the craft beer, or are they still sticking to their Miller Lite? A: Since we opened [six days ago], we’ve gone through 18 kegs of craft beer, plus five kegs of wine. It’s really exciting. The distributors are thrilled. Q: What are you going to eat tonight? A: It’s pig night. I’ll have cracklings on homemade tortillas. Q: What’s exciting you most about the Austin Food & Wine Festival this year [Tim is one of the principals involved in working with Food & Wine magazine and others to bring this new regional festival to Texas; dates are April 27-29]? A: It’s probably the coolest event I’ve ever done, and I do a lot. I’ll be teaching a hands-on class for 200 people. It’s how to grill a steak and teaches you everything from lighting the perfect fire to creating the perfect bite of steak. There’s cold white wine to drink during class–I always grill with a glass of cold white in my hand–and guests will get to take home about $200 worth of goodies from my new kitchenware line from Sur La Table. It’s so exciting to be involved with this. Find the Woodshed at 3201 Riverfront Dr., Fort Worth, TX 76107, 817-877-4545.      Posted by June Naylor. 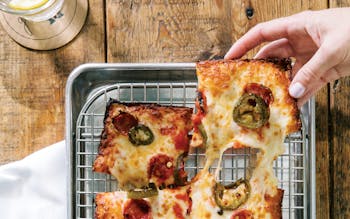 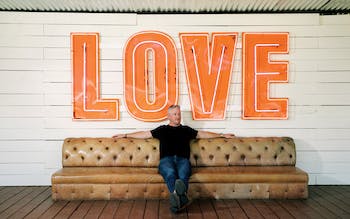 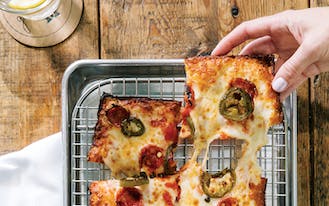 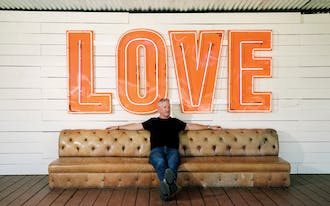 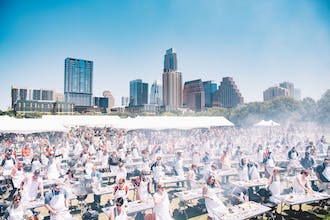 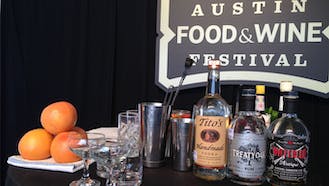