Editor’s Note: The Texas Monthly BBQ Festival is almost here! Each day until then, we’ll be talking to one of the featured pitmasters, with questions from TM staffers, esteemed BBQ experts, Twitter followers and you, the readers of this blog.Today we bring you Nick Pencis of Stanley’s Famous Pit Bar-B-Q in Tyler. For more info, visit their page on TMBBQ.com.

What is your heat source?

We use pecan. It’s just kind of a preference thing. Stanley’s actually sits on a pecan grove. I was smelling the pecan smoke, and I thought ‘no one around here smokes with pecan. Everyone’s hickory, hickory, hickory. Or mesquite or oak, and it’s like, I’m gonna be a different guy.’ It’s my personal preference, and I just decided I’m gonna be straight pecan guy. Who did you learn your craft from? I came to work here in 2005, and I bought it in 2006. That’s the crazy thing, I had never in my life barbecued before. But I just have always been a huge, huge fan of barbecue. I’m 100 percent self taught. What’s your signature meat? I’m really happy with our sausage. I don’t know if I would call it our signature meat, but I’m happy with the philosophy. I don’t like MSG or weird chemical things. The sausage is just pork and spice in a natural case. Do you make your own sausage? You know, there is a meat market a block from here that’s been here since the 1950’s and I take my recipe and they make our sausage. It’s fresh. I’m not able to actually do it here, but they do it for me there. They bring me sausage every other day or so. The first batch we ever made was for the Texas Monthly BBQ festival last year. And people liked it! So I was like, alright, let’s figure it out. What kind of sauce do you use? Are you sauce or no sauce? We just started bottling our sauce and our rubs at the store and at the grocery store. Taste-wise I would say that our sauce is perfect, middle-of-the-road between a tangy vinegar and a sweet sauce that East Texas is known for. And then we also have a hot version of that. A lot of the guys that drive around and blog, they give us a hard time ’cause our sauce comes on it, and then they call us ‘These guys aren’t a true Texas barbeque joint!’ And the last time I checked, we’ve been here for 50 years, and I’m in Texas, so we are a Texas barbeque joint. Slow and low or high and fast? Well our ribs are like a higher faster. For ribs and turkey, we’re a higher faster. Briskets are a low and slow. But lately we’ve been doing brisket really hot. That’s just kind of the fun of it, you know? I mean, I’m not afraid to say ‘Let’s try this way,” instead of saying, “This is how we’ve always done it.” What non-secret ingredients are in your spice rub? Our rub is on our ribs, and it’s got a few like basic Memphis-style dry rub like brown sugar, white sugar. And then salt, pepper, garlic. And that’s when you start getting into the jiggy stuff, like a little of this and a little of that. Our’s is an 11-part rub. <!– 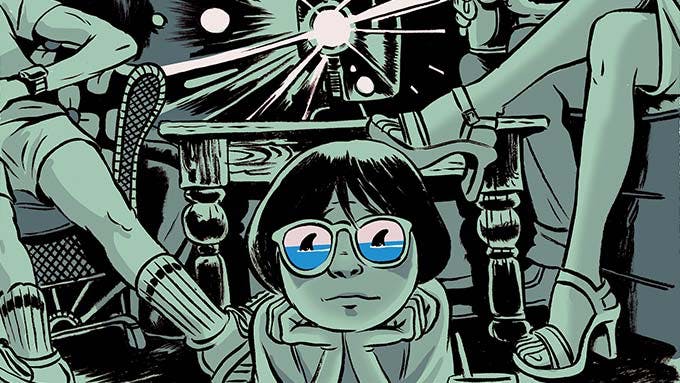 –>What’s your favorite barbeque in Texas other than your own? Wayne Mueller and Tony White at Louie Mueller Barbecue in Taylor, TX also Aaron Franklin, who is a freakishly crazy barbeque genius. Snow’s BBQ crew.* Do you start a new fire everyday or do you keep the same one going? We’re always trying something different. This past year, we’ve been doing almost all of our cooking during the day. We cook some at night. It’s probably an even combination between day cooking and night cooking. What should a home smoker look for when picking out a side of brisket from the market? I think grade does matter. You can’t get the lowest grade of beef and expect it to be super awesome. And I don’t think, at the same time, you have to go out and buy $70 brisket. The whole point and purpose is to take something that’s initially not a good cut anyway and cook it in a way so that it’s super tender and awesome. Whatever is available at the store will be good enough to do that. What’s the one other piece of advice you’d give to someone smoking a brisket at home? Be patient and be positive because it’s not anything you can do in a hurry and you’re gonna screw up, but you can’t be discouraged. And have fun! Do you use or have you considered using a gas or electric-fired smoker such as Southern Pride, Ole Hickory, or J&R, for any of your meats? No. My worst experience in the world was with one of those electric-cookers. Over-smoked it, burnt the bejesus out of it. It was the worst brisket I have ever had in my life. Ever had any Texas barbecue outside of Texas? What did you think? Honestly, I’m not even lying about it, once you’ve had barbeque in Texas, it’s just different. I mean, brisket is king here. It’s really unique and something to be proud of, and I think that comes across in our barbeque. And to me, everywhere I go I try barbeque, I’m always just totally underwhelmed. How many pounds of meat do you smoke in a week? The average case of brisket is about 88 pounds. For briskets, probably a minimum of 12 cases a week. Probably 12-15 a week. Sausage probably 200 pounds. Turkey, 100 pounds. (Questions by Jason Cohen, Andrea Valdez, Pat Sharpe, Katy Vine, Sonia Smith, Layne Lynch, Daniel Vaughn, Jim Shahin, J.C. Reid, @stewlevine&@JoePerryinTX.) *Correction: Due to a transcription error, the original version of this story combined the names of the pitmasters at Louie Mueller Barbecue. They are named Wayne Mueller and Tony White, not Tony Mueller. We regret the error.