While there isn’t one that features sausage, we’re still perfectly comfortable (and proud) to call these posters by Lubbock artist Dirk Fowler a Holy Trinity. A regular TEXAS MONTHLY contributor, Fowler came up with the motif when he saw the iPhone icon for our BBQ Finder app, which is just a stylized letter “Q.” “And so I started drawing the letter “Q” and I realized, some people, when you make a cursive “Q,” it looks like a number two as well,” says Fowler. “And this is the second annual BBQ Festival. So I just decided to make a “Q” that looked like a two.” The poster in the shape of Texas was the first one Fowler finished. Then, he says, “the little Q tail for the pig happened. “And I thought it was pretty funny and pretty great,” he continues. “But I also thought, well, if you do a pig you have to do a cow also, because obviously beef is an important part of Texas BBQ.” Needless to say, creative director TJ Tucker decided Texas Monthly had to have all three. 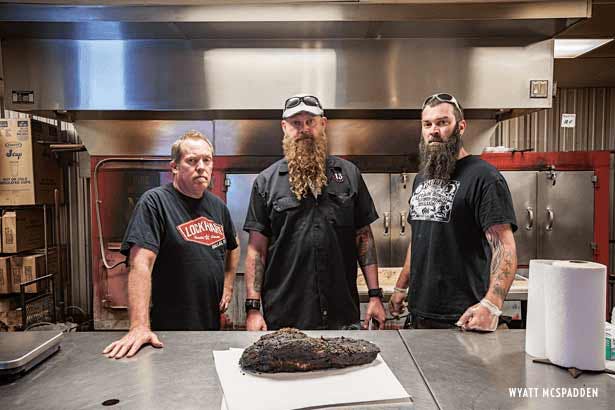 The posters will be on sale at the festival, but you can also win them in our Twitter contests. You can enter by creating one or all of these three things: a BBQ haiku, a freeform “ode to BBQ,” or a picture of your greatest meaty moment. (Be sure to include the hashtag #tmbbqfest.) Sadly, Fowler won’t be at the festival himself, as he’ll be making an appearance at Waxahachie’s Texas Country Reporter Festival on Saturday, and then needs to get back to Lubbock. But for the record, his favorite type of “Q” is pork ribs, and his favorite joint is The Smokehouse in Lindsay. For more info on his work, which will soon also include a poster for Hayes Carll, visit the F-2 Design Facebook page.