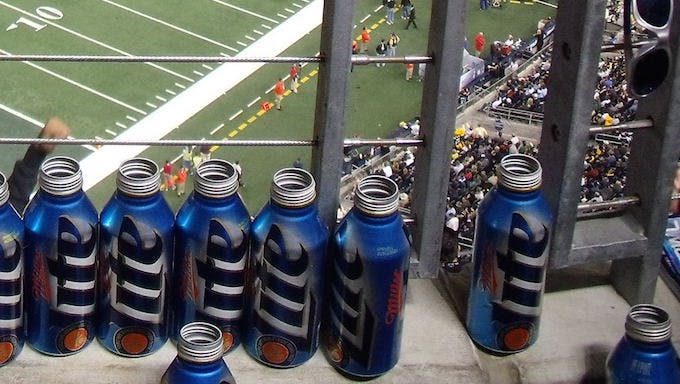 Editor’s Note: Sweet Leaf’s contest is now over. The other contests mentioned are still on until October 29. Don’t have tickets to the TM BBQ Festival? This contest from festival sponsor Sweet Leaf just might be your last best hope. Check out the comments thread, where you’ll be asked to finish off the sentence, There’s nothing in the world that makes me smile more than a lipsmackin’ slab of BBQ except maybe …. Deadline is tomorrow (Wednesday, October 26), 9 a.m. As for us, we’re giving away copies of Texas Monthly photographer Wyatt McSpadden’s awesome book, Texas BBQ, as well as TMBBQFest t-shirts, and posters. Those will be first, second and third prize, respectively, for three different #tmbbqfest Twitter contests (to enter, you’ll need to be on Twitter and you need to use that hashtag). They are: BBQ Haiku (or “BBKU”): Give us your best 17 syllables about Texas BBQ. Example: Is that a brisket/in your cast-iron smoker?/You are from Texas #tmbbqfest Ode to BBQ: For the more freeform meat-poets among you. Show your love for Texas BBQ however you like, so long as it’s 130 characters or less (gotta leave room for that hashtag). A Brisket’s Worth a Thousand Words: Let’s see your finest meat shot (and it doesn’t have to be of brisket). And yes, we’ll want to print the best ones here (ditto the haikus and odes). Deadline for these contests is 11:59 pm on Saturday, October 29. By then, the pitmasters will be well into their fires outside of the Long Center. – JASON COHEN