There are very few things that could drag most people out of bed at 2:30 a.m. But thankfully, you don’t have to wake up in the wee hours, as Jaynie Buckingham does, to enjoy the benefits of her baking. And, oh, are there benefits. For sweet fiends such as myself, Jaynie’s Cutie Pie Wagon is so much more than a hot pink stand on SoCo with feather boas and a plethora of plaques and awards: Its a mecca. First, there’s MJ’s Texas Twister, a so-light-it-flies crust heaped with doughy white-chocolate filling and topped with an avalanche of shredded coconut and a layer of sweet, chopped pecans. Then there’s the deceptively simple Betty Lou’s Award-Winning Buttermilk. What is there to say about perfection? I couldn’t get enough of the Pie Queen’s family recipe, a creamy golden custard with just enough spice followed by the slight crunch of the flaky crust. Decadent and moist, the fudge brownie pie also mesmerized. The thick, rich filling reminded me of my mom’s chocolate cake batter (yes, Mom, I still remember putting the mixing bowl on my head in a misguided attempt to lick off as much chocolate as possible). Unfortunately the peach crisp didn’t live up to similar happy memories. It could have been the Saharan temperature in my car, but by the time I sat down to eat, the filling was so watery that it had soaked through the dough and turned the whole thing into a soggy mess. The brown sugar topping survived as the most edible part. 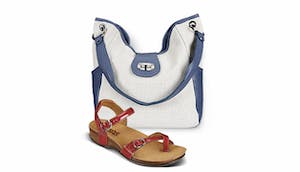 Despite this brief setback, I succeeded in giving myself one hell of a sugar rush. Let’s hope Jaynie has one too (or ten or twelve or a hundred), because she wants to rumble across the country in her trailer on the next season of The Great Food Truck Race, on the Food Network. Vote for Cutie Pies here, before September 10, so that we can all tune in as Jaynie wears her fabulous tiara and feather boas, bakes her mother’s pies, and delivers sass and sweets across all fifty states.