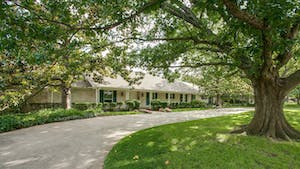 They say that true Austinites describe places by what used to be there, not by what’s there now (Liberty Lunch, anyone?). Well, it’s been four years, and I still haven’t forgiven Mojo’s for closing its doors. It was replaced by the Kasbah, which used to make mediocre Moroccan food, until it became a full-time hookah bar and we were left without tajine or couscous. Enter a new era. What used to be a South Congress parking lot near Gibson Street is now a jungle of trailers, one of them called the Flying Carpet. Their pita wraps and sides are more Moroccan-meets-American, but I still liked it. Their basic Moroccan Burger, nuggets of all-natural ground beef, cage-free fried egg, and mama’s tomato sauce snuggled in fluffy pita bread, made my day. I piled on the tangy, creamy l’afrique sauce and paired the wrap with peppery pommes frites and a small salad dressed with a light garlic-lemon-chile vinaigrette. The Sleek Vegetarian had promise, but the falafal bits were hard, dried-out, and inedible. I ended up picking out the fried egg, greens, and tender eggplant and leaving the rest behind. Given that they’ve been open less than two months, I’m betting they’ll get their falafel act together and be practically flawless. Unless they start shelling out hookahs to the college crowd.