More than a year ago, the national media banged the drum hard, touting the rise of the craft distillery movement. The tentacles of this trend appeared to be spreading across the country, and Texas, with its burgeoning bourbon boom, was not immune. As we chronicled in our October cover story (“Drink Like a Texan“), this meteoric ascent in Texas is due to a confluence of factors, chief among them a change in the laws that allows brewpubs and distilleries to offer tastings and sell alcohol on the premises.

After this new legislation went into effect, there was an explosion in the number of tasting rooms peddling wine, beer, bourbon, vodka, rum, and on and on. But Treaty Oak, a craft distillery with seven spirits in its portfolio (rum, gin, vodka, bourbon, sweet tea, aged rum, and aged gin), is about to raise the bar, so to speak. This Saturday, the Dripping Springs-based distillery will open the Treaty Oak Ranch, a 27-acre estate that includes a tasting room, a tourable building that houses a couple of stills, a cocktail lounge, a full-on restaurant, and even a kiddie park.

“There’s no reason you should only be able to come here to have a couple tastes of liquor and then leave. We want you to stay a while,” says Daniel Barnes, co-founder of Treaty Oak Distilling whose background in restaurants and hospitality has helped shape his vision.

Construction for the property has been under way for well over a year, and the considerate planning is evident in the product. There’s a fancy barn-style gift house selling all of Treaty Oaks’ offerings, plus liquor-related tchotchkes (bar tools and cocktail utensils), deli items from Austin’s Salt & Thyme, house-made shrubs and tinctures, and a collection of eighty different bitters. The structure where they store their aging barrels—known as a “Rick House” in the industry”—features a sprawling bar with 12 taps that will serve a rotation of house-made draft cocktails (Moscow mules, mojitos, and a tasty spin on a Cuba Libre using house-made Madagascar vanilla soda with Treaty Oak rum and a little bitters and lime), as well as non-alcoholic mocktails and low alcohol cocktails and “half orders” to allow guests to try different things without imbibing too much.

Continuing the 360-degree approach, there will also be a food truck on the premises featuring items that, no surprise, manage to include alcohol as minor ingredients. “We don’t want to be just a distillery. Food is such a part of our passion and this will be the first distillery in the country weaving in a culinary aspect with the intent to bring the two together,” says Barnes.

Eventually, Barnes plans to open a brewery and beer garden (watch out, Jester King), a full-service restaurant, an events space that can be used for weddings, and overnight accomodations.

But in the meantime, the focus remains on the core product. Treaty Oak is now home to two new 500-gallon stills from lauded manufacturer Vendome that will be dedicated strictly to their bourbon program. Barnes, a bourbon geek and long-time collector of rare bourbons, sees the distillery’s bourbon production as his baby. He’s experimented with the recipe for more than five years searching for the right flavor profile, and has recently settled on aging the corn-driven distillate in 53-gallon toasted new American oak barrels. We should see the release of the golden glory sometime next fall.

The team is also using their expansive new space to work on some more creative endeavors, like production of a Tepache pineapple cider produced by nearby Argus Cidery. The cider has been distilled and aged in used rum barrels for four months yielding an unusual spirit that tastes like a hefty tiki cocktail from the islands.

For Barnes, the Treaty Oak Ranch is more than just a place in the beautiful Hill Country to enjoy a few cocktails—though that’s not a bad way to start. Down the road, Barnes intends to host classes on distilling, brewing and cocktail making for consumers and people in the trade. The restaurant will be a vehicle for pairing food and spirits with special dinners throughout the year.

“We definitely want people to find a comfortable escape here. That’s a big part of what we’re doing,” says Barnes. “But we also want to use this facility as a place to educated people and make spirit and beer production something that’s approachable to anyone who wants to know more about it.” 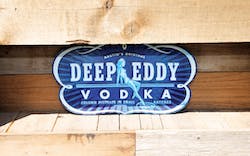 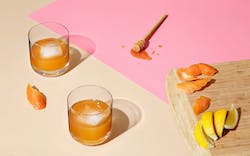 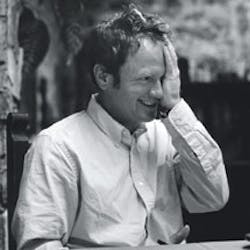