Seven months ago, Austin was introduced to a new Italian restaurant – Trento – from former Congress chefs Alex Kahn and Andreas Exarhos. In the short amount of time this neighborhood restaurant has been open, Trento has been turning heads and catching the attention of palates across the city. Chefs Kahn and Exarhos talked with TEXAS MONTHLY about their new restaurant, Italian cuisine, and their hopes of becoming a fine-dining establishment. How did you guys get involved with Trento? Alex Kahn: I was at Congress when my dad started telling me that Donnie [Damuth], the general manager and co-owner [of Trento], was interested in opening an Italian restaurant. I asked if he needed a chef and found out that he did. I talked to Andreas [Exarhos] about it, and we both decided to come over here. 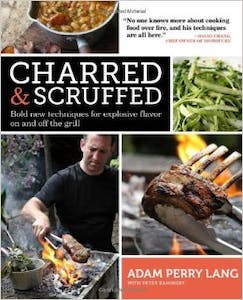 You guys have known each other a while, right? Andreas Exarhos: Yeah, Alex and I met five years ago. I had just left The Driskill Hotel and he had just started there. We saw each other in passing a little over the years every once in a while. When David Bull opened Congress, I was part of the opening staff there and Alex started the first week we opened – four years after we had first met. I left Congress last November because we got the Trento space on November fifteenth, so as soon as that paperwork was taken care of and approved, I was ready to transition to Trento. At the beginning of October, we were doing a lot of investor dinners, so all our weekends were taken up doing that and I was still at Congress working full time. By the time we got the space, everything happened very fast. What attracted you guys to the project? Andreas Exarhos: The opportunity was pretty unique for both Alex and me because we are actually partners in the business. We have as much say as the other two owners, which from a chef’s perspective is pretty incredible. The whole time it was planned to be an Italian restaurant, but we kind of went through a series of ideas trying to decide if we wanted to do a regional Italian restaurant or something more broad in its scope, and after opening and getting feedback from our audience, we definitely had to make some changes. The concept has become more broad then I think we ever knew it was going to be, but we’re a casual restaurant in a family neighborhood. That can be difficult to accommodate at times, but that’s what we’re here to do. That’s what we enjoy doing. One thing I’ve noticed about the Austin restaurant scene is that it’s not at the point where you can open something that’s too specific or too regional and succeed.  Andreas Exarhos: I think that’s fair to say. Alex Kahn: I agree. It’s difficult. Austin is catching up to the trends out there, like using the whole animal as opposed to just parts of it. We were working on a lot of things that we changed, but we have to work with the audience that we have. What is the direction of the menu?  Andreas Exarhos: Our menu, for the most part, is pretty consistent. We don’t make too many changes to the printed menu, but we have specials for lunch and dinner every single day. That’s where Alex and I, as well as our cooks, get to be more creative. We work with some really great purveyors who let us know what they have coming and what’s fresh. It gives us something we can play with, and that keeps things creative for us. It’s been a lot of fun to do that every day. Was working with local purveyors and farmers something you planned to do from the beginning? Alex Kahn: Absolutely. Especially in Austin, everybody loves to go local, use local, support local, and all that stuff. And I agree with that direction. I think working with farmers and purveyors and using Texas products is great. We definitely go with that standard because that’s what people expect from restaurants these days. I hardly ever see a restaurant that has two head chefs. How do you guys work together so well? Alex Kahn: Like Andreas always says, we kind of balance each other out. I’m out of my mind and Andreas is really….not out of his mind. He’s calm; I’m not calm. Andreas Exarhos: Our energy manifests very differently. Alex Kahn: There you go! Where do you guys want to go in the Austin culinary scene? Do you see Trento becoming something like Congress or Uchi? Alex Kahn: For the location we have right now, I think it’s actually going to get more casual down the road. I’m not sure yet. We’ve just been open for seven months. Everything has been great, but I think our second location is going to be smaller. I think we’ll be able to be more fine-dining like, so we’ll be able to be on that level with restaurants like Congress. It’ll let me and Andreas shine because we have those fine-dining backgrounds. We are happy where we are now, but it’s a casual family restaurant in a fancy neighborhood, so it’s hard to play with a lot of things like Uchi and Congress can. They can do all kinds of crazy stuff, and nobody shies away from them when they do it. What are some of your favorite menu items at Trento? Andreas Exarhos: I have a couple favorites. The caprese salad is one because it’s very simple and traditional. We use imported buffalo milk mozzarella. We get these great tomatoes, fresh basil, and olive oil from Con’ Olio, and that’s it. It’s really simple. It’s something I ate when I lived in Rome, and it’s been awesome to bring that here because so many caprese salads aren’t made the way they would be in Italy. The spaghetti carbonara is great, too. It has a very authentic preparation that relies on a few key ingredients to come together and make everything taste incredible. Alex Kahn: I have a couple of favorites. We get fresh mussels in almost every day. We cook them with white-wine sauce and mint pesto. It’s just so refreshing and not overwhelming, which a lot of mussels tend to be. My other favorite would be the salmon. It’s a fresh Scottish salmon with some red sauerkraut, hazelnut leeks, and a little watercress salad. It’s our best seller and I just love it.