One of the most significant recent developments in the global oil and gas industry has been the rebirth of the Permian Basin, an approximately 90,000-square-mile, 300-mile-wide sedimentary basin spanning dozens of counties in West Texas and southeastern New Mexico, including the cities of Midland, Odessa, and Fort Stockton. Oil was first discovered here in the twenties and the area quickly became one of the country’s greatest oil-producing regions. By the last decades of the twentieth century, however, the Permian appeared to be in decline, with many oil companies selling their land and moving on to presumably richer fields.

But with the advent of hydrofracking and horizontal drilling technology earlier this decade, oil experts quickly realized that there was more oil left to extract—much more. Although the Permian has already yielded up to 40 billion barrels of oil through conventional drilling, IHS-Markit now estimates that another 70 billion barrels could be recovered with new drilling technology. Drillers from around the world rushed back to West Texas, a black gold rush now commonly known as “Permania.”

The oil bust of 2014, caused by OPEC countries increasing output, put the brakes on Permania, at least temporarily—which is exactly what OPEC intended. With oil below $50 a barrel, it was no longer economical for most companies to frack the Permian. But in the years since, technology has become cheaper and more efficient, allowing drilling to continue. The question now is: Will oil prices remain stable? And if so, can energy companies continue ramping up development in the Permian?

Those were the issues under discussion last week at a University of Houston symposium called “Permian and Peak Demand: Death of OPEC?” Part of UH’s Energy Symposium Series, the event gave four energy experts the chance to offer analysis and predictions. “Feel free to write down what we say tonight and hold us accountable in five or ten years,” joked moderator Tracy Hester, a lecturer on environmental law at the UH Law Center.

Those predictions varied wildly. R.T. Dukes, a research director at the Wood MacKenzie research and consultancy group, said he was “bullish” on the Permian. “If you look at what happened in the Eagle Ford in 2012 through 2014, that was basically the biggest boom in a single play we’ve ever seen onshore in the U.S.,” he told the audience of several hundred people. “And what we expect to happen in the Permian over the next few years is bigger—as much as 50 percent bigger.”

Charles A. Sternbach, the president of Star Creek Energy and president of the American Association of Petroleum Geologists, agreed, calling the Permian one of the world’s 25 “superbasins.” “We’re in an energy renaissance, and we’re just at the beginning,” he said. “Permania is an appropriate word.”

A more pessimistic take came from Chris Tomlinson, the Houston Chronicle’s business columnist, who argued that focusing on the supply side—oil and gas production—left out the importance of consumer preferences. As electric vehicles become better and cheaper, he suggested, drivers will increasingly choose them over gas-powered cars. And since transportation accounts for 30 percent of oil consumption, a shift away from the internal combustion engine would have major consequences for the industry. “People need your product, but they fundamentally don’t like it,” he told the other panelists. “As much as people in the oil industry may believe sincerely that they are doing a public good, your customer doesn’t see it that way. And they will switch to an alternative at the first chance they get.”

Tomlinson, who has reported from 30 countries as a correspondent for the Associated Press, cited widespread dismay about pollution in Asian and African cities as a reason the energy industry should be concerned. The pollution in New Delhi is now so bad that the AP won’t allow correspondents stationed there to bring their families. In China, the government is shutting down tens of thousands of factories in an attempt to improve the country’s notorious air quality.

Don’t count fossil fuels out yet, cautioned Antoine Halff, who directs the Global Oil Markets Program at Columbia University’s Center on Global Energy Policy. “We’ve been there before, we’ve seen forecasts of peak demand,” he pointed out. He noted that electric vehicles still constitute a sliver of the automobile market, and that they’re often government-subsidized.

Tomlinson, who owns an all-electric Chevy Bolt, said America risks losing out to China in the development of alternative energy if we maintain our present focus on conventional energy sources. “We’re going to fall behind on the technology of the future because we’re sitting back, happy with our fossil fuels.”

To compete with electric cars, Tomlinson predicted, OPEC countries will keep the price of oil below $60 a barrel for the foreseeable future. With oil under $60, energy companies will have less incentive to drill areas like the Permian that require expensive technology and resources.

The future of the Permian Basin, in other words, depends less on what happens in West Texas than on decisions made halfway around the world. 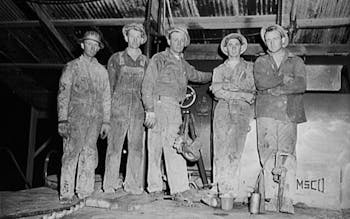 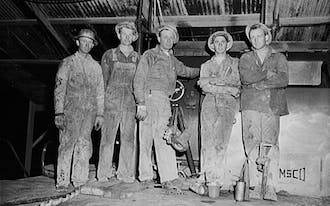