To grasp the magnitude of the problem facing electric vehicles, we should consider what it would take to power a world full of them. Let’s start with your local corner store fueling station.

The gas station that you visit routinely has underground fuel tanks with enormous gasoline fuel capacity, typically 10,000 to 20,000 gallons. This equates to an electrical energy capacity of 500 megawatt-hours. By comparison, Tesla’s Mira Loma 80 megawatt-hour battery energy station in California, the largest such installation in the United States, sits on 1.5 acres. To match the energy storage capacity of gasoline fueling stations with batteries would require a 10-acre battery farm. In other words, gasoline allows us to put a lot of energy in a small space.

The hope for electric vehicles is that we don’t have to store all the electricity at your local fueling station. We can simply pull the required power from the grid. But can we? Yes and no.

It seems simple enough with direct-current (DC) fast chargers, which connect to the grid, but to match the equivalent energy transfer rate of a gasoline fuel pump, an electric car charger would need to deliver multi-megawatt levels of power. Considering that the fastest level 3 chargers are rated at 0.1 megawatt, there is a massive energy transfer advantage for gasoline fuel pumps.

Most electric vehicle proponents assume the wide-scale adoption of electric vehicles would likely come with a change in consumer behavior. But are consumers willing to make those changes?

Not all automakers believe they are. Instead of placing bets on batteries alone, several large automakers are going all-in on hydrogen fuel-cell vehicles. Fuel-cell vehicles leverage all the advances of batteries and electric motors in recent years and are, at their heart, battery-powered electric vehicles themselves. However, they can store considerably more energy in the vehicle via hydrogen, and the energy can be transferred to the vehicle in the amount of time we are used to spending at gas stations.

By storing energy in the form of hydrogen gas, the fuel cell vehicle has a range and refueling time on a par with gasoline automobiles, resulting in little change to the consumer mindset, behavior, or convenience factor.

Proponents on the side of battery-only electric vehicles argue that charging your car at home is more convenient. I am inclined to side with them, but it still takes several hours, which, no matter the location, is not all that convenient.

Battery-only electric vehicle proponents also cite the high costs of fuel cells and fueling stations as a barrier. To be fair, an electric vehicle recharging “substation” with the same charging capacity and rates would not be cheap either, and as with batteries and electric vehicles during the past five years, we know the cost of advanced technologies will fall over time as demand increases.

Globally, during the past decade, there has been significant investment to improve performance and reduce the cost of batteries. At the 2017 meeting of the World Economic Forum, thirteen companies including automakers Toyota, Honda, BMW, Daimler, and Hyundai, as well as oil companies Shell and Total, promised to invest about $1.5 billion per year to help drive down the cost of hydrogen.

Texas’s natural resources make it a natural fit for hydrogen energy and vehicles. Our natural gas resources are an economical feedstock for hydrogen production. Curtailed wind power in West Texas could power the production of hydrogen for use in vehicles and other applications. And miles of hydrogen pipeline already exist along the Texas coast, which would ease distribution.

Under President George W. Bush, a strong push was made in hydrogen fuel-cell technology research and development. With President Barack Obama, the focus shifted to batteries for electric vehicles. Moving forward, we have the opportunity to build on nearly twenty years of research. California is taking the lead, with investments in dozens of hydrogen fueling stations, but California will only serve as a test bed. To move the needle and make fuel cell electric vehicles truly viable, other states and the federal government must buy in as well.

Michael Lewis is the program manager for fuel-cell vehicle research in the Center for Electromechanics in the Cockrell School of Engineering at the University of Texas at Austin. 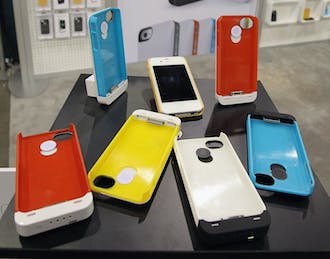